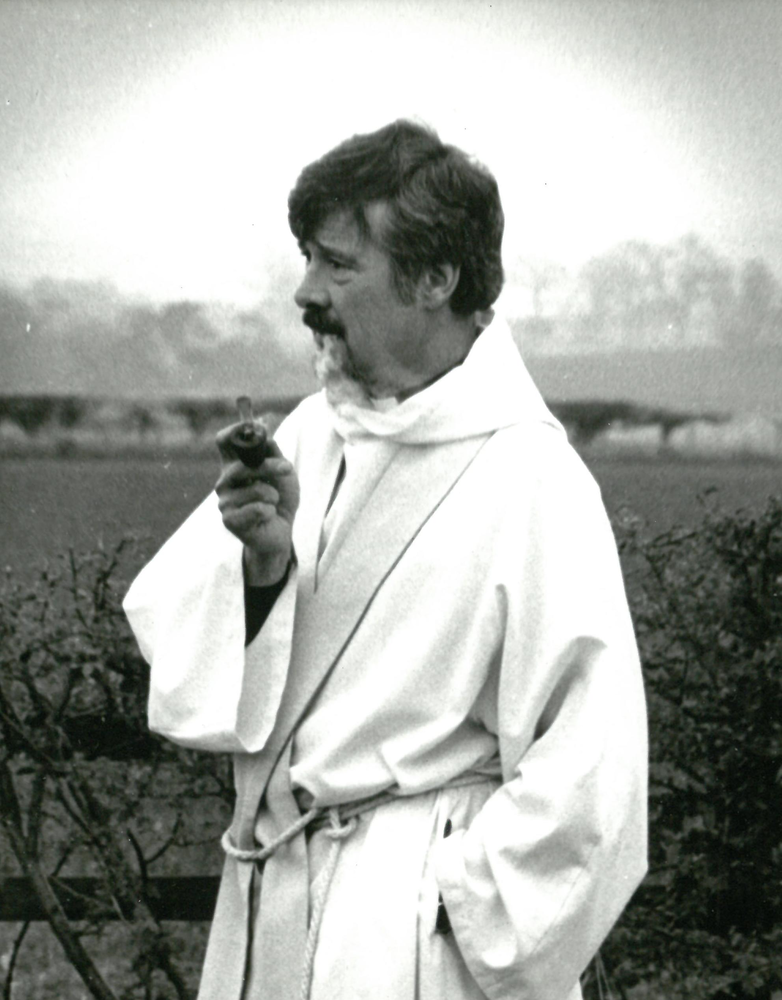 Please share a memory of John to include in a keepsake book for family and friends.
View Tribute Book

Reverend John Lowen, who has died peacefully at his home in Annapolis Royal aged 70, served as a minister in the UK and latterly in Alberta.  A passionate, larger than life character, he was a gifted orator and could deftly wield a pen – for anyone that has received one of his Christmas letters they will understand that it is a pity that he did not write this.

John was perhaps, one of the last colonials.  Born in Winnipeg, Manitoba in 1947, his world soon opened up significantly in the 1950s when as a small boy he was raised in Malaya during the emergency whilst his father served in the Malayan Police force.  Despite having a tiger as a pet and his mother locking him into a swimming pool with a snake, he survived, and in the late 50s he was moved to the UK where he received ‘normal’ schooling, having been previously taught by a Chinese teacher in Malaya.

Following school, John’s sense of adventure was strong and he volunteered for overseas service in the Solomon Islands where he helped to maintain peace between two tribes.  The experiences he had whilst in Colonial service were forever more etched into his character as he would regale how to shrink heads – something he almost certainly never actually did!

In the late 60s he read Psychology at Dundee University and pursued a career in the probation service before being called to the ministry in the 70s.  His intellect was keen and he graduated from Nottingham University with a first in Theology.  Armed with knowledge (and a fishing rod and pipe) he embarked on what was to become a lifetime of service to the cloth.

In the UK he served in Stratford Upon-Avon, Whitley Bay, Ponteland, and Long-Sutton, before returning to Canada and serving in Fairview and Grand-Prairie, Alberta.  Within Parish life part of his vision was the involvement of lay people within the ministries of the Church, and he was also actively involved in the setting up of Churches Acting together, and in the construction of Shepherds Law (a small monastic retreat).  Remaining mostly on the right side of the law he also served as a police chaplain to Northumberland’s police force.  During his time, he understood the importance of engaging with people from all walks of life and not just to people in church.  He had a huge influence on many people. Often consulted by bishops for his wisdom, but also remaining down to earth, his advice was always direct and simply his own self.

John had a great love of nature, both fishing, the countryside, and above all his many dogs of varied size whom he trained beautifully and who accompanied him everywhere.  He maintained a deep spirituality, often hidden but very powerful, rooted in the Orthodox sense of God being found in the world as a deep wisdom, which could triumph over all evil in spite of everything.  The qualities he possessed made him perfectly suited to training future clergy.  He spent much time in selection panels, trained many junior clergy and he gave talks to future clergy in training.  Indeed one trainee only remarked this week that John’s talks at St Michael's College, Cardiff, in 2014 were literally life- changing.

Ill health and retirement precipitated a move to Nova Scotia where he saw out his remaining years in beautiful surroundings with his immediate family by his side.  He was unique and never to be forgotten. Funeral arrangements are entrusted to the Kaulbach Family Funeral Home, Annapolis Royal. Funeral service will be held 11:00 a.m. Thursday December 21, 2017 in St. Luke’s Anglican Church, Annapolis Royal with Rev. Juanita Barteaux officiating. Interment will be in St. Albans Anglican Cemetery, Lequille. Donations in memory may be sent to the Victorian Order of Nurses or to the SPCA. On line condolences may be sent to www.kaulbachfamilyfuneralhome.com

Share Your Memory of
John
Upload Your Memory View All Memories
Be the first to upload a memory!
Share A Memory