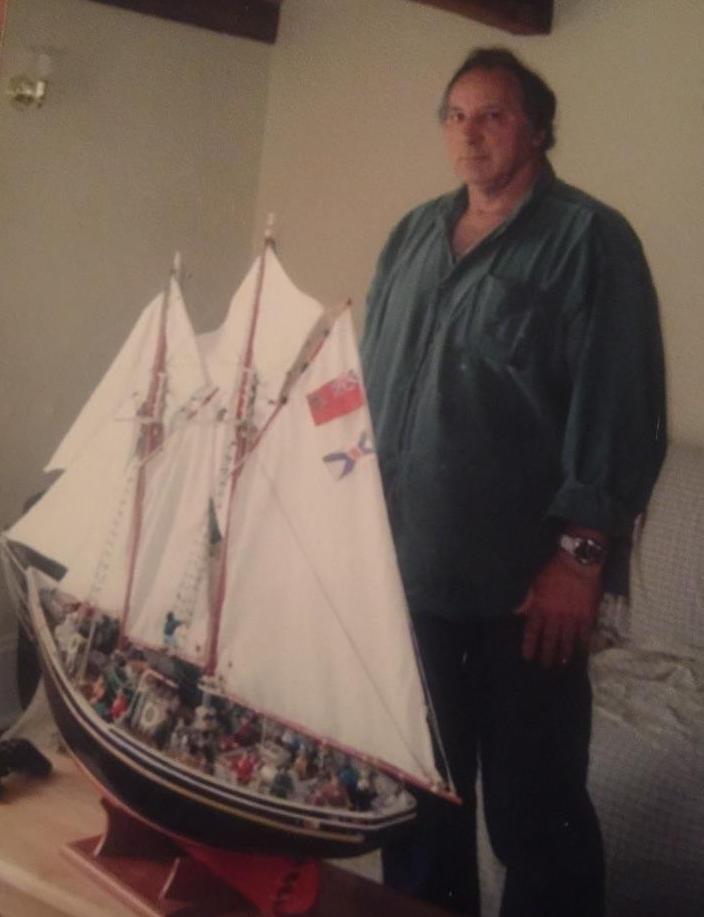 Foley, Nolen Eugene, 74 of Port Wade, Annapolis Co. passed away March 22,2017 in South Shore Regional Hospital, Bridgewater. Born in Halifax he was a son of the late Austin and Muriel Foley. Nolen was a fisherman for most of his life and also worked in fish plants , other than a 2 year term in the Canadian Army. Upon his retirement he began carving especially boats and animals. He also enjoyed painting and was published in a book of local artists. He played the guitar and was very proud of his new red sports car.He is survived by sons: Danial (Sheila) of Middleton, Aaron (Teisha Burrell) of Port Wade, daughter Bridget (Norman Fraser) of Bridgewater; sisters: Sandra of Ontario and Sheila of Ottawa; brothers: Greg of Victoria Beach and Reg of Halifax; grandchildren: Bethany, Kaylee, Kendall, Jesse, Loryn, Brady, Alissa, Gabriel, Isabelle, Austin, Jasmine, Quinton, Molly, Bradley, Khristine, Summer and Hunter; 10 great grandchildren; fur baby scrapper. He was predeceased by son Paul ;brother Wayne and sister Marlene. Visitation will be Sunday from 7-9 p.m. and funeral service 2:00 p.m. Monday all from the Kaulbach Family Funeral Home, Annapolis Royal with Rev. Leon Langille officiating. Burial will be in the Port Wade cemetery. Donations in Nolen’s memory may be sent to the Nova Scotia Heart & Stroke Foundation, Canadian Cancer Society or to the Kaulbach Family Funeral Home to help the family with expenses. On line condolences may be sent to www.kaulbachfamilyfuneralhome.com
Share Your Memory of
Nolen
Upload Your Memory View All Memories
Be the first to upload a memory!