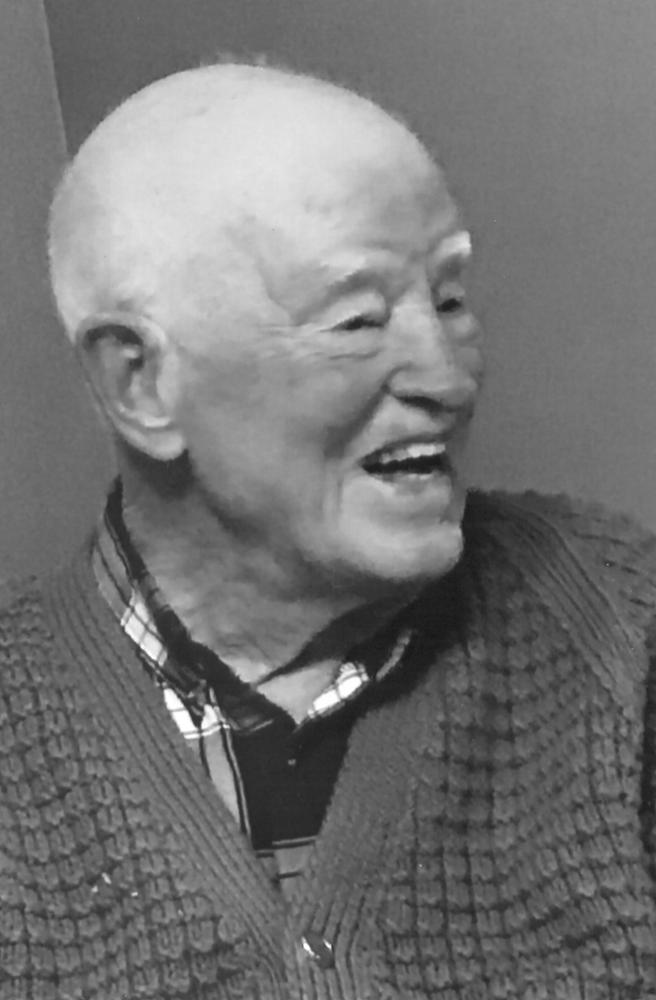 Russell Borden Sanford - 1920-2017, "The Gentleman of Clementsvale". Borden, or "Bampy" to those nearest and dearest to him, was a dearly loved man, by family, friends and the community that surrounded him. He died peacefully on March 18, 2017, surrounded by family after having lived a full life. Born in Halifax on Dec. 6th 1920, Borden was the son of the late Norman and Florence (Danielson) Sanford. Clementsvale was home, save for a short stint in Ontario and Newfoundland while serving with the Royal Canadian Air Force during WWII as an airplane mechanic. During WWII he utilized his superb engineering skills on the DeHavilland Mosquito airplanes, one of which now resides at the Canadian Aviation and Space Museum in Ottawa. He was a member of the United Baptist Church in Clementsvale for 54 years and a member of the Clementsport Royal Canadian Legion Branch 122. In 1947 he married the love of his life, the late Freda (Potter). They made Clementsvale their home and Borden worked with his father, doing carpentry until he answered a newspaper ad for a job as a firefighter at CFB Cornwallis. Borden was predeceased by his loving wife of 41 years Freda, in 1988; and his sister June Allen. He is survived by his daughters Marcia, Jane (Robbie) Lefurgey, daughter in law Carolyn, son Norman (Bonnie) all of Clementsvale, friend Hazel, grandchildren Jeremy (Francine), Megan (Mike) Chronopoulos, Benjamin, Sarah (Raine) and Robert (Stephanie), and his great-grandchildren, the "apple of his eye", William, Patrick, Freda, Anthony and Bobby. Bampy had many hobbies and interests including woodworking, making cider on his homemade cider press, tapping trees and making maple syrup, hunting, fishing, spending time in his garden and at "Beaver Lake Lodge." He was a genius in making and fixing anything. Bampy loved the outdoors and instilled a love for nature and the country air in his children and grandchildren. Bampy had a humble greatness about him. He was a man of his word and cared deeply for everyone. He was patient, kind, extremely talented, and he was the truest friend you could ever find. He set the greatest example for a life well lived, one of honesty, faith and friendship, a life which we should each aspire to. Bampy will be missed greatly by the community in which he lived, where he was known as a gentleman and a community icon. Everyone who knew Bampy, and those who had just met him, came to love him quickly. There will a celebration of his life on Saturday, March 25, 2017 at the Clementsvale United Baptist Church at 11 AM with Rev. Dr. Randy Legassie presiding. In lieu of flowers, donations may be made to a charity of choice. Online condolences may be made at www.kaulbachfamilyfuneralhome.com
Share Your Memory of
Russell 'Borden'
Upload Your Memory View All Memories
Be the first to upload a memory!