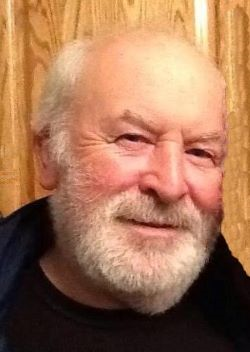 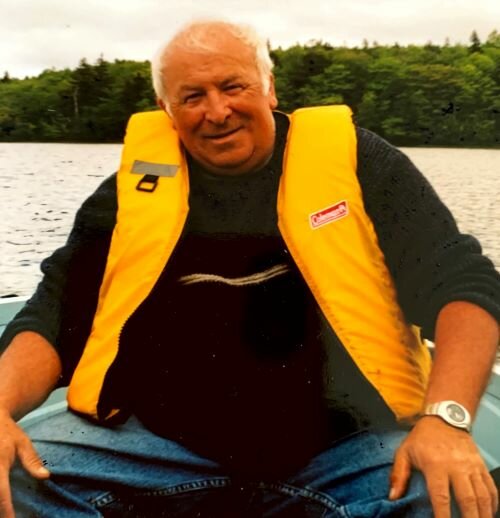 Get Directions
Tuesday
31
May

Please share a memory of Peter to include in a keepsake book for family and friends.
View Tribute Book
Foster, Peter William, 73, Bridgetown, passed away Wednesday, May 25, 2022 in the Valley Regional Hospital in Kentville. Born in Middleton, NS he was the son of the late William Ernest and Frances Margaret (Smith) Foster. He came into this world marching to the beat of his own drum, and it’s how he lived each day. After a short stay in the city for art school, Peter began his career as a forklift operator at Acadian Distillery in Bridgetown. He would go on to build homes for A.W Allen and later worked School Board maintenance for Annapolis County. The last 20+ years of his career were spent with the Town of Bridgetown where he retired as the Superintendent of Public Works. Peter was also a farmer raising beef cattle, work horses and other animals over the years. An avid horseman, you could often find him showing horses or meeting up with friends and making new ones at exhibitions across the province. He had a great love of the outdoors, spending time back at the camp, on an ATV trail, or at the cottage. Peter was proud of his Annapolis County roots, and we dare say no one knew the area or the people better than Dad. He served as a member of the Royal Canadian Legion Branch #33, the Bridgetown Lions Club and the Bridgetown Volunteer Fire Department where he was a veteran with 35 years service. Sports were also an important part of Dad’s life. He played right wing for the Bridgetown Hawks, second base in softball, and represented Nova Scotia in Thunder Bay at the National Legion Curling Bonspiel in 1983. Along with sports, Dad was an avid hunter, fisherman and musician, playing guitar and singing at the local jams. He could often be found solving the world’s problems at the local Tim Hortons or chatting with friends (and strangers) along pretty much any street or driveway in town. In his later years, Dad enjoyed his nightly deer runs and Sunday family dinners. He also enjoyed a good game of crib or 45s, but one learned to keep a close eye on him and the bottom of the deck! Family was everything to Peter. His many cousins will fondly remember his knack for teasing (or tormenting), as well as getting into a little (or a lot) of mischief. That carried on through his many friendships as well, friends who were like family. He loved to be around people. Despite his tough exterior, Peter was most proud of his two “girls”. His beloved daughters, Tammy (David Veinot), Bridgetown and Jacqueline, Lower Sackville were his pride and joy. He passed on his artistic and musical talents to Tammy and his love of socializing and telling jokes to Jackie. He was also a very proud father-in-law to David, “a likeable little bugger”, and had a loyal companion in Willie. Cremation has taken place. We invite you to share memories at his visitation Monday, May 30 at Kaulbach Family Funeral Home, Bridgetown, from 7-9pm. And please join us in celebrating Dad’s life at the Bridgetown Baptist Church, Tuesday, May 31 at 2pm, officiated by Pastor Herb Anderson. A private family interment at Riverside Cemetery will be followed by a reception for friends and family at the Bridgetown Volunteer Fire Department. Our family would like to thank the staffs at Soldier’s Memorial and Valley Regional Hospitals, for the care and compassion shown to our father. We know you were treated to the same humor and sharp tongue as the rest of us. At Dad’s request donations in his memory can be made to the Bridgetown Lawn Bowling Club (a club he loved to support although the game was “much too easy” for him) or the Bridgetown Volunteer Fire Department. Dad loved to tell stories and we’d love to hear yours. Please share them with us online: kaulbachfamilyfuneralhome.com.
Share Your Memory of
Peter
Upload Your Memory View All Memories
Be the first to upload a memory!
Share A Memory