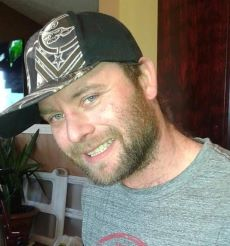 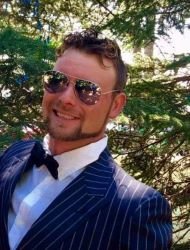 Please share a memory of Blake "BJ" to include in a keepsake book for family and friends.
View Tribute Book
Blake Louis Walker Jr. “BJ” – Calgary formerly of Bridgetown. September 24, 1983 – June 25, 2021. It is with a broken heart and great sadness that I announce the sudden and tragic death of my son BJ. He was known to have a smile that would light up a room, a heart of gold and a great sense of humour. He worked in Calgary for many years in the concrete industry and was known to be a hard worker. Had a large circle of friends and will be missed by many. BJ enjoyed four wheeling, snowmobiling, camping, swimming and just being outside in general. He had a great love of animals especially cats. BJ loved listening to his music LOUD, the louder the better. Left behind to mourn his loss are his mom Debby Dexter; stepdad Rick; sister, Emily; stepbrother, Kenny; step sister, April, all of Bridgetown; his favorite Aunt, his Aunt “D” and Uncle Henry of Calgary; numerous cousins in Alberta, British Columbia and Nova Scotia; father Blake Sr, Aunt from Edson; and uncle, of Paradise. Cremation has taken place under the care of Evan J Strong Funeral Home, Calgary. Donations in memory of BJ can be made to your local Animal Rescue. “I’ll Miss Your Face” Love Forever Mom
Share Your Memory of
Blake "BJ"
Upload Your Memory View All Memories
Be the first to upload a memory!
Share A Memory