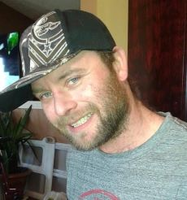 Blake Louis Walker Jr. “BJ” – Calgary formerly of Bridgetown. September 24, 1983 – June 25, 2021. It is with a broken heart and great sadness that I announce the sudden and tragic death of my son BJ. He was known to have a smile that would light up a room, a heart of gold and a great sense of humour. He worked in Calgary for many years in the concrete industry and was known to be a hard worker. Had a large circle of friends and will be missed by many. BJ enjoyed four wheeling, snowmobiling, camping, swimming and just being outside in general. He had a great love of animals especially cats. BJ loved listening to his music LOUD, the louder the better. Left behind to mourn his loss are his mom Debby Dexter; stepdad Rick; sister, Emily; stepbrother, Kenny; step sister, April, all of Bridgetown; his favorite Aunt, his Aunt “D” and Uncle Henry of Calgary; numerous cousins in Alberta, British Columbia and Nova Scotia; father Blake Sr, Aunt from Edson; and uncle, of Paradise. Cremation has taken place under the care of Evan J Strong Funeral Home, Calgary. Donations in memory of BJ can be made to your local Animal Rescue. “I’ll Miss Your Face” Love Forever Mom