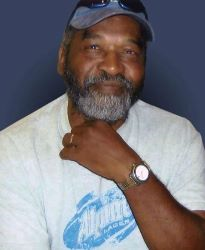 Roy Nelson Mansfield, 77, of Bridgetown and West Paradise, NS, died of heart failure on Friday, March 19, 2021, at Soldiers Memorial Hospital, Middleton, following two months of hospitalization. He was born to Roy Edward Mansfield and Evelyn Lavinia (Lucas) Mansfield at Acaciaville, Digby County, NS on June 5, 1943. Roy was an exceptional athlete, enjoying track and field; soccer; hockey; broom ball; bowling; darts; baseball; and softball. He refereed hockey for over ten years. He was chosen for the Nova Scotia Softball Team to play in the first Canada (Summer) Games in Halifax in 1969. All who ever played with or against Roy will attest to his sportsmanship and excellence. He was voted by his peers as an inductee into the Bridgetown and Area Sports Hall of Fame - twice as a member of a team and in 2012 as an individual player with many accolades to his name. Roy was in the West Nova Scotia Regiment during the early 1960s with stints at Aldershot and Debert. His attendance at the Royal Canadian Legion Branch #33 began at age 21 and remained for 55 years. The Legion was his second home with many hours of talk and pool and laughter. He had his own placemat at the head of the table. His smile lit up the room and his laugh could not be mistaken or forgotten. Roy was a gentleman with great respect for women and he therefore had many women friends who knew they could count on him for anything (“his girls”). Roy never ventured far but his name was recognized throughout the Maritimes. He was well known and well thought of. Roy was predeceased by brothers Paul Lucas, Curtis Lucas, and Ralston Holmes. He is survived by his beloved wife of 47 years, Patricia Lynn (Simms) Mansfield; sons Larry Aaron Martin Mansfield (Dieppe, NB) and Lee Nelson Mansfield (currently of Montreal, QC); siblings William (Gina); Gayle (Basil); Iris; Oral (Sandra) - all of Kentville, NS; Jeffrey of Bridgetown; and Vanessa of Dartmouth, NS; many nephews and nieces as well as great-nephews and great-nieces. Donations may be made to West Paradise Evergreen Cemetery; the Heart & Stroke Foundation; or to a charity of choice. Arrangements were made with Kaulbach Family Funeral Home. Roy has been cremated; private interment at West Paradise Evergreen Cemetery. A “Celebration of Life/Time to Remember Roy” will take place on Saturday, June 5, 2021, at the Royal Canadian Legion Branch #33, Jeffrey Street, Bridgetown, NS, commencing at 2:00 pm and continuing throughout the day under Covid restrictions. I believe that the “measure of a man” is his reputation and what he leaves behind. Roy will always be loved. “Measure of a man” – (a partial quote by Dr. Martin Luther King Jr.; Samuel Jackson; and Ernie Banks)
To plant a tree in memory of Roy Mansfield, please visit Tribute Store
Services for Roy Mansfield
There are no events scheduled. You can still show your support by planting a tree in memory of Roy Mansfield.
Visit the Tribute Store
Share Your Memory of
Roy
Upload Your Memory View All Memories
Be the first to upload a memory!
Share A Memory
Plant a Tree