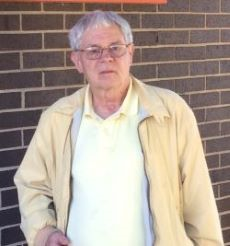 Murray, Joseph Wallace – 74, of Bridgetown, passed away March 14, 2021 in Soldiers Memorial Hospital, Middleton. Born September 16, 1946 in Middleton, he was the son of the late J. Roy and Murda Jean (Jardine) Murray. Joe was a graduate of Acadia University; he received his Bachelor of Science in 1967 and his Bachelor of Education in 1968. He taught school in Dartmouth, as a substitute teacher. He then went on to work at Canadian Salt Co. Ltd, in Pugwash. He was a member of the TAI CHI club for many years and had a great love for cats. He enjoyed going to the Pub for breakfast with his good friend Anne. Joe is survived by his sister, Catherine Lois Murray, Halifax. Besides his parents, he was predeceased by his brother, Rob Roy Murray (1952-1970). Cremation has taken place under the care and direction of the Kaulbach Family Funeral Home, Bridgetown. Internment will take place in Riverside Cemetery. A gathering of his close friends will be held at a later date. Donation in Joe's memory may be sent to Bridgetown Food Bank or Salvation Army. Online condolence may be made at www.kaulbachfamilyfuneralhome.com
Share Your Memory of
Joseph
Upload Your Memory View All Memories
Be the first to upload a memory!
Share A Memory