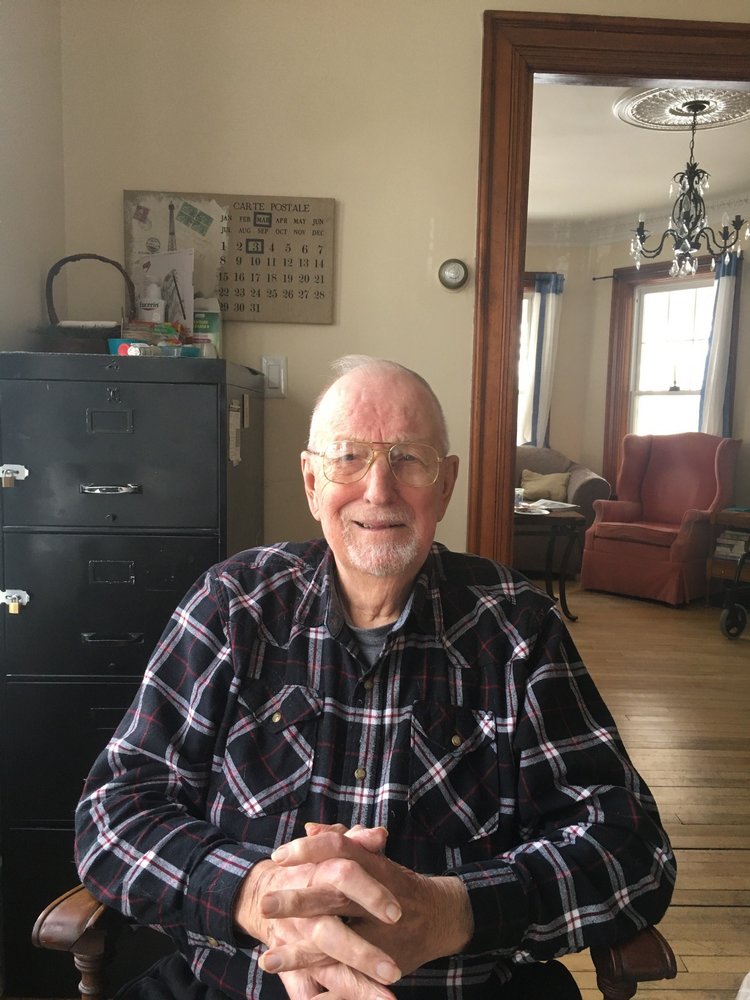 We announce with heavy hearts, the passing of our beloved Dad, Hugh Francis Urquhart, on October 2nd, 2020, at the age of 93, in Soldiers Memorial Hospital, Middleton. He was born in the living room of the family farmhouse on March 2th, 1927. He was the sixth of seven children born to John Stuart and Isabel Urquhart of Elmsdale. He spent his early years growing up in Elmsdale, with his brother and sisters, until the Second World War created a shortage of working men. His family moved to Halifax when his father began working on the docks. Hugh graduated from Queen Elizabeth high school in ’45 and shortly afterward was successful in gaining a federal government job with the Customs and Excise Department. One of his first assignments was as a Customs Officer helping process Displaced Persons at Pier 21 in the years immediately following the war. In his spare time he played a lot of baseball with the local leagues. Apparently, he was a standout player and attracted the attention of professional scouts. He was invited to attend rookie camp with the Brooklyn Dodgers in the late ‘40’s but he declined because he was just getting settled in his new job and was afraid to ask for the time off. In 1950 he married Verna Claire Fralick. He wanted to marry sooner but her father demanded he wait until she turned 18. Together they raised four children, Judith born in ’51, Ross in ‘52, Susan in ’54, and Ellen in ’64. Hugh moved from Customs to the Excise wing of his department and was transferred to Bridgetown in the Annapolis Valley in 1959, to work as a government representative at Acadian Distillers. Being back in rural Nova Scotia agreed with him and he fit perfectly into small town social life. He continued his Reserve Army service eventually becoming a Lieutenant Colonel and commander of the West Nova Scotia Regiment. He always spoke of this time with great pride. Hugh enjoyed his time in uniform, and proudly laid a wreath every November 11th in memory of his friends. He became a golfer and took part in the administration of Eden Golf and Country Club, and even went on to serve as President of the Nova Scotia Golf Association, although he believed his greatest achievement in golf was a round he played in his late ‘70’s where he shot less than his age. His photo hangs in the club house at Eden as past president and also as a past member of the provincial team. He will be remembered there for being the first one in the club house for a piece of pie and a cup of tea after 18 holes. Hugh, along with his wife Verna, were active members in the Bridgetown Legion Branch 33, and were involved in many other social clubs and organizations throughout the community. He was an active church goer and a Warden in his church. Hugh loved to sing, while at church, a party or at home around the piano. He had a lovely tenor voice. A few other things he enjoyed were curling, fishing, excursions to the lake and spending time with his family. Throughout his life he maintained many close friendships with fellow soldiers, golfers, co-workers as well as members of his extensive family. He had a great sense of humor and was fun to be around. He was the last surviving member of his immediate family, and spoke often and with a gleam in his eye of the antics growing up in a house full of girls. A situation that was repeated when he and Verna had a family of their own. Hugh lived a long life, and remained remarkably fit up until his last few years when the Parkinson’s and Dementia took their toll. He had a good life, full of accomplishments and joy shared with the many people who loved him. He was a true gentleman in every way, he will be remembered for his wry wit, his love of the outdoors, and the great love he had for his friends and family. Hugh is survived by his children, Judi (Kevin), Ross (Judith) and Ellen (Darrell); son in-law Bruce; grandchildren, Suzanne, Shelley and Danny; great grandchildren, Paul, Skylar, Meagan, Jaxson, Katie and Isabelle; great great grandchild, Bailey; nieces and nephews. Besides his parents, he is predeceased by the love of his life, wife, Verna (1986); daughter, Susan (2007); siblings, Monica, Jack, Edith, Vera, Olive, and Mary. Cremation has taken place under the care and direction of the Kaulbach Family Funeral Home, Bridgetown. Due to COVID restrictions a service will take place at a later date. Donations in Hugh’s memory may be made to charity of one’s choice. Online condolences may be made at www.kaulbachfamilyfuneralhome.com
To plant a tree in memory of Hugh Urquhart, please visit Tribute Store
Services for Hugh Urquhart
There are no events scheduled. You can still show your support by planting a tree in memory of Hugh Urquhart.
Visit the Tribute Store
Share Your Memory of
Hugh
Upload Your Memory View All Memories
Be the first to upload a memory!
Share A Memory
Plant a Tree