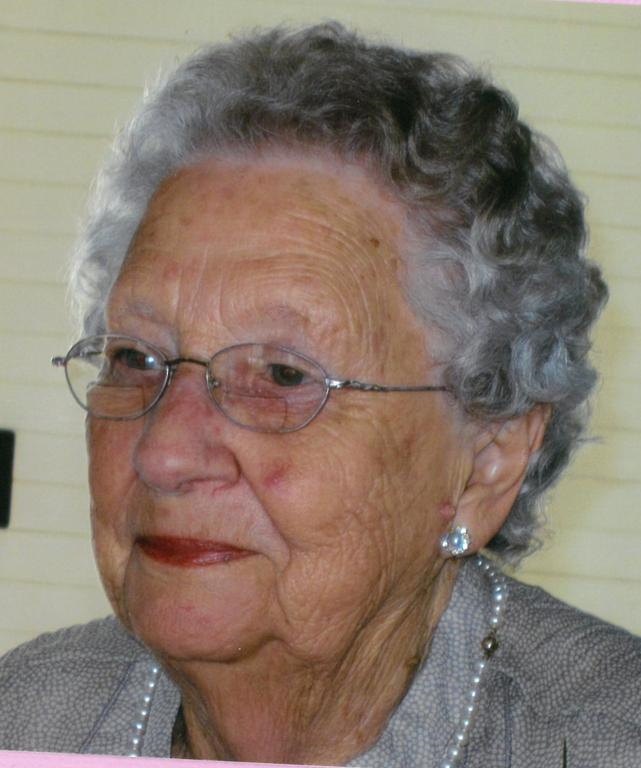 Littlewood, Phyllis Thelma-95, Port Royal, Annapolis County. It is with heavy hearts that we announce the passing of our Mom on January 8, 2020 in the Annapolis Community Health Centre surrounded by her loving family. She was the daughter of the late Harold and Cora (Longmire) Riordan. After graduating from high school, Mom attended Normal College in Truro in the summer of 1942. She began teaching that September in Victoria Beach and taught for 4 years. In the fall of 1946 she married the love of her life, Boyd, a marriage that lasted 65 years until Boyd’s passing. They moved to Port Royal in 1951 where Mom became active in community life while raising four children. Her strong faith sustained her over the years. She soon joined both the Port Royal United Baptist Church and the Port Royal Sewing Circle and became treasurer of both organizations. She was a lifetime member of the Women’s Missionary Society. She was a member of the organizing committee of the Ecumenical Fall Fair and worked at that event for over 10 years. She canvassed for many charities including the local hospital and worked to support the Hospital Fair for years. Mom had a great sense of humour and enjoyed playing bridge with the “Goat Island Goats” and the Granville and District Marathon Bridge Club. She also enjoyed her nightly games of Cribbage with Boyd and later, frequent cribbage games with son-in-law Murray. She was an avid reader and often could be found reading a book. She loved doing crossword puzzles and cryptograms. She was at home in her kitchen and guests could always count on sampling her latest efforts with a cup of tea. Mom was able to live in her own home due to the loving care provided by her eldest daughter, Ellen. She is survived by daughters: Ellen Littlewood, Port Royal; Constance “Connie” (Orest) Kyrschuk, Winnipeg; Anne Littlewood (Murray Carruthers) Digby; son John (Josette) Littlewood, Comeauville; and was Nana to grandchildren: Jennifer and David Kyrschuk, Winnipeg and Jenna Littlewood (Jonathan Critchley), Bedford. She is also survived by sister Betty, Grandview Manor, Berwick and numerous nieces and nephews. She was predeceased by her husband Boyd, and sister Isabel. Visitation will be held 7-9 p.m. Friday January 10th from the Kaulbach Family Funeral Home, Annapolis Royal and where funeral service will be held 2:00 p.m. Saturday January 11th with Rev. Deann Carter officiating. Burial will take place in the Stoney Beach Cemetery. A reception will follow the service in the funeral home. In lieu of flowers, memorial donations may be made to Palliative Care c/o Annapolis Community Health Centre, PO Box 426, Annapolis Royal, NS B0S 1A0 or charity of one’s choice. The family would like to extend a heartfelt thank you to the doctors, nurses and health care professionals of the Annapolis Community Health Centre and 3rd floor Medical, Soldiers Memorial Hospital, Middleton for the excellent and compassionate care that Phyllis received. On line condolences may be sent at www.kaulbachfamilyfuneralhome.com
To send flowers to the family or plant a tree in memory of Phyllis Littlewood, please visit Tribute Store
Friday
10
January