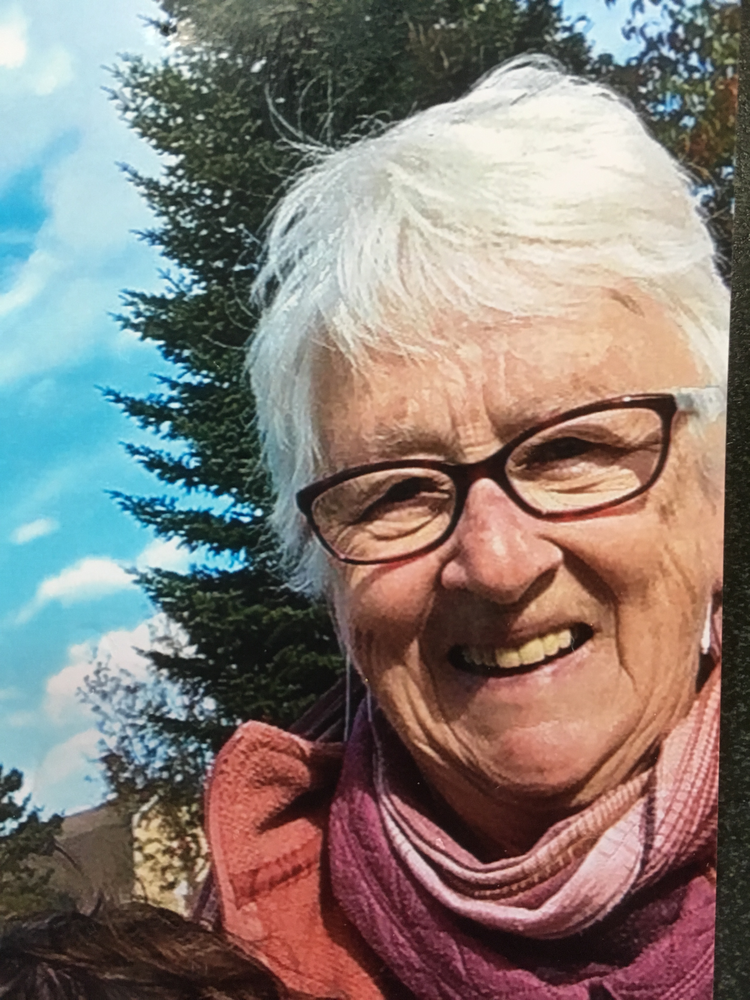 Nancy Jeanette (Parker) Dick died at the Annapolis Community Health Centre on the 15th of June 2019 where she was born 74 years ago.  Her parents were Cornelia Velzyn (Crowe) Parker of Annapolis Royal and George Frederick Parker of Lower Granville (now Port Royal).  She graduated from Annapolis Royal Regional Academy and Acadia University and worked as a secretary at the University of Windsor, the Nova Scotia Department of Health and Welfare, the Canadian Council on Social Development, the House of Commons and the Canadian College of Physicians and Surgeons.

Nancy always sang with choral groups everywhere – and was always appreciated for her singing.  Beyond the church choirs in Annapolis and Ottawa, Nancy sang with the Canadian Centennial Choir, Annapolis Voices and cabaret and stage performances whenever asked.  She was always appreciated by directors, accompanists and soloists for her reliable pitch and careful following of their lead.

Nancy also served as secretary for whatever choral group or community group she was involved with - happily and efficiently taking minutes.

Coming back to Nova Scotia in 1995, Nancy served on the board of King’s Theatre and the Annapolis West Health Foundation, volunteered with the Canadian Cancer Society and as elder for St. George’s and St. Andrew’s United Church. She was always a gracious host and made great meals for friends and family over the years. Indeed family was central to Nancy from brother Doug through to grand-daughter Jolene.

Nancy also followed the example of her grand-mother Nana Parker and enjoyed hooking rugs which adorned the floors of her house – as she did not want them hanging on walls.

Nancy was married to Ern Dick in 1970 and they lived in Ottawa, Peterborough and Ottawa until 1995 when they moved to Granville Ferry, Nova Scotia.  Nancy his survived by her daughters Jan Holmes (husband Allan) and grand-daughter Jolene in Kingston, PEI and Sheila Bird (husband, Chris) in West Green Harbour, Nova Scotia; a brother Doug Parker of Annapolis Royal, nephew Mike Parker living on the North Mountain outside of Bridgetown, Nova Scotia and niece, Amy Parker in Halifax.

Nancy died of pulmonary hypertension and donations in lieu of flowers can be made in her name to the Annapolis West Health Foundation (Palliative Care) P.O. Box 426 Annapolis Royal, NS B0S 1A0 or (https://annapoliswesthealthfoundation.com/ways-to-give)for the care she was afforded at the Annapolis Health Centre.

Memories of Nancy or condolences should be addressed to Ern Dick at 5450 Granville Rd, Granville Ferry, Nova Scotia B0S 1A0 or via e-mail to ejdick@ns.sympatico.ca.

Funeral/celebration of Nancy's Life  will be held at 2pm on Saturday, June 29th at the family house at 5450 Granville Road, Granville Ferry.  www.kaulbachfamilyfuneralhome.com