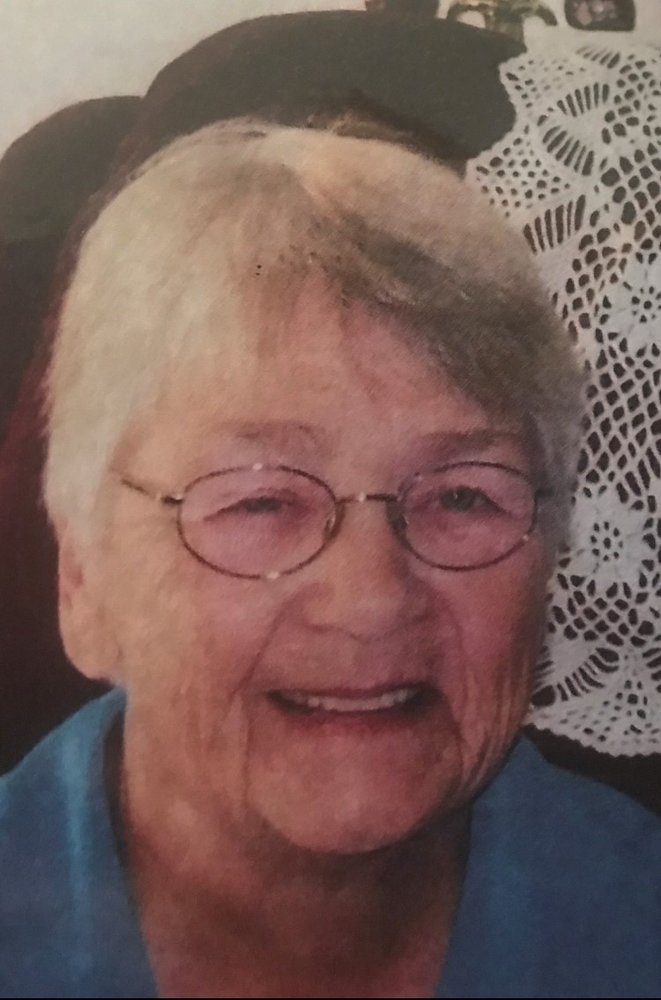 Please share a memory of Sally to include in a keepsake book for family and friends.
View Tribute Book

Corkum, Sally Ann, age 81 of Annapolis Royal, passed away March 17, 2019 at the Annapolis Royal Nursing Home. Born August 28, 1937 at her parents (Roy and Ruby (Frail) Mansfield’s) home in Harmony Mills, Queens Co., NS.  She is survived by sisters, Joan Brewster of Brooklyn; Margaret Kelly and Sharon Feener of Blockhouse; Carolyn (Richard) Shupe of NB; Sylvia (Bruce) Fancy of Hibernia; brothers, Franklyn (Joan (dec.) and Robert (Doreen) both of Harmony Mills; Ronald of Bridgewater; Mitchell of Waterville; Raymond (Annie) of Liverpool; Neal (Laverne) of Westfield; Michael; Douglas (Mary); Roger (Donna); Jerry and Donald all of Antigonish; Edward of Alberta. Sally was predeceased by her parents, Roy and Ruby (Frail) Mansfield; sisters, Shirley, Betty and June; infant brother Terry; brothers, John and Leroy Jr.  She is also survived by sons and daughters: Darrell (Joyce) of Yarmouth, Dwayne (Christine) of Bridgetown; John (Elizabeth) of Yarmouth; Matthew (Tina) of Lawrencetown; Catherine (Ron) Comeau of Bangor, Digby Co.; Deborah Corkum of Yarmouth; Donna Corkum, Cornwallis; 17 grandchildren, 12 great grandchildren and one great great grandchild. She was a devoted Toronto Maple Leafs fan, she enjoyed long daily walks. She was a strong willed women. She cared for 7 children and an ailing husband for many years. Having to take both roles. She was an extraordinary lady to say the least. Even in her last weeks of life she was always trying to stay upbeat and positive. Trying to make everyone laugh, and it was always a pleasant surprise to hear what she would say next. She had a beautiful voice and loved to sing. Mother you were a blessing from above and you will be missed every day, but when we think of you there will always be a smile, because you gave us so many reasons to smile. There will not be a funeral service as per mom’s wishes. On line condolences may be sent at www.kaulbachfamilyfuneralhiome.com

Share Your Memory of
Sally
Upload Your Memory View All Memories
Be the first to upload a memory!
Share A Memory