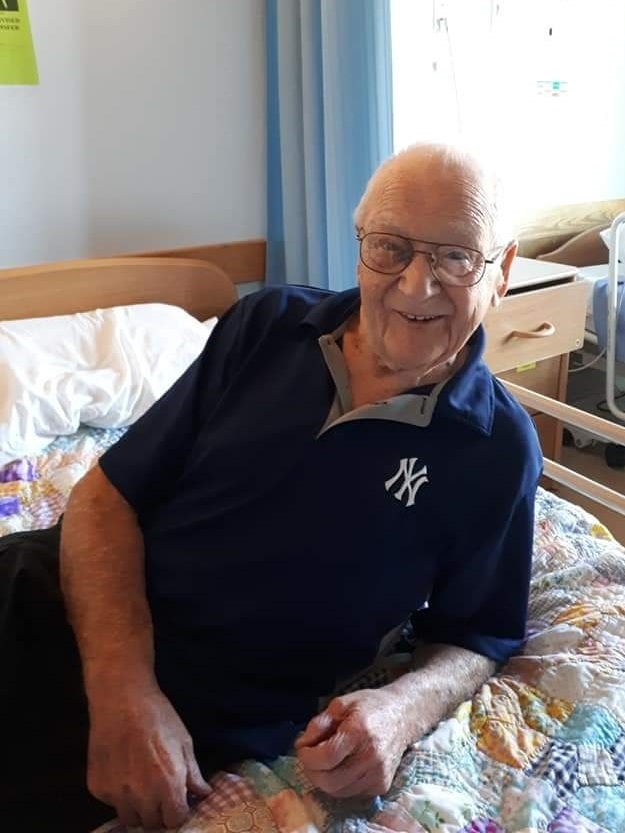 It is with great sadness that we announce the passing of our father, Corey Eugene Rice at Evergreen Home for the Special Care, on January 31, 2019. Formerly of West Paradise, he was born in Lequille on October 21, 1929. He was the son of the late Lynwood Hathaway Rice and Emily Morrison (Ritchie) Rice. He is survived by his children, Carol Anne Benedict (Charles), of Taymouth, NB, Cathy Batson of Bridgetown, Albert (Carol) of Bridgetown; five grandchildren; 5 great grandchildren. He is also survived by sisters, Katherine Kaulbach, Bridgetown, Eileen Barclay, Toronto, Ont.; brothers, Edward (Marilyn) Rice, Moncton, NB, Lynwood Junior (Barb) Rice, Lequille, and several nieces and nephews. He was predeceased by his wife, Pauline; son-in-law Ronald Batson; brother, Frank Rice; sister, Marion Wagg.

Before moving to West Paradise with his young family, Corey worked as a welder for Steelco Steel in Hamilton, Ont. He also worked at Acadian Distilleries for many years as a Cooper. He was a member of the St. James Anglican Church, Bridgetown, he was an avid hunter and loved his grandchildren and enjoyed visits form his great-grandchildren. A private graveside service will take place at St. James Anglican Cemetery, Bridgetown, at a later date. Donations in his memory may be made to the VON or a charity of one’s choice. Online condolences may be made at www.kaulbachfamilyfuneralhome.com