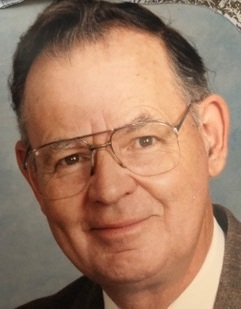 William “Bill” Charles Goucher was born October 14, 1927, the fourth child of Elsworth Goucher and Grace Spurr, in Round Hill, in the home which his parents acquired in 1920.  This home is now known as “The Retreat” and had been his residence all his life except for five years when he taught out of the County. Bill was a graduate of ARA in Annapolis Royal in 1945 and immediately began teaching the following year.  He furthered his education by attending the PNC in Truro in 1949 to secure a first class permanent teaching certificate. In the years that followed, he attended summer schools at Dalhousie where he obtained a diploma in Junior High and Administration.  His longest stretch of teaching was 26 years as Vice Principal of Clark Rutherford Memorial School at CFB Cornwallis.  He finished his 40 years of teaching as Principal of Parkers Cove Consolidated School.  On many occasions through the years Bill’s former students have extended respect and appreciation for his teachings and many called him “Mr. G”.  Besides his career Bill was continually involved in worthwhile community projects: 31 years as head of the Round Hill Cemetery Committee, 20 years with the Annapolis Food Bank, and 40 years serving in various leadership positions for The Church of Jesus Christ of Latter Day Saints, Annapolis Royal branch. Bill’s gardens and yards were his joy and they were admired by many who passed by.  Bill and his mother enjoyed many years of attending local auctions. Bill married in 1981 in the Washington DC Temple of the Church of Jesus Christ of Latter Day Saints, his wife Marie Freda Scotney, who brought to this marriage five children; Roxanne (Bill Patey), Kathy (Tim Marshall), Daylene (Bill Butler), Daphne (Gordon Colwell), and Steven (Kimberly Rolands) Oliver. Bill has 17 grandchildren and 25 great grandchildren. He is survived by his wife of 37 years, his children, grandchildren, and great grandchildren.  He is also survived by many nieces and nephews who also will miss him dearly.  Bill was predeceased by his parents and four siblings; George, Irvin, Jack, Myrtle and Frances in infancy.   He was surrounded continuously by immediate family during his final days in palliative care. Viewing to be held at 2:00–4:00 pm on January 16, 2019 at Kaulbach Family Funeral Home, 190 St. Anthony St., Annapolis Royal, NS. Funeral to be officiated by Gordon Colwell, service will be held at 10:00 am on January 17, 2019 at the Church of Jesus Christ of Latter Day Saints, 120 Parker Mountain Road, Annapolis Royal, NS.  Interment to follow at Round Hill Cemetery, Round Hill, NS.  Family flowers only please.  Donations can be made to the Round Hill Cemetery.  A reception for family and friends will follow the internment at 120 Parker Mountain Road. Online condolence may be sent to www.kaulbachfamilyfuneralhome.com