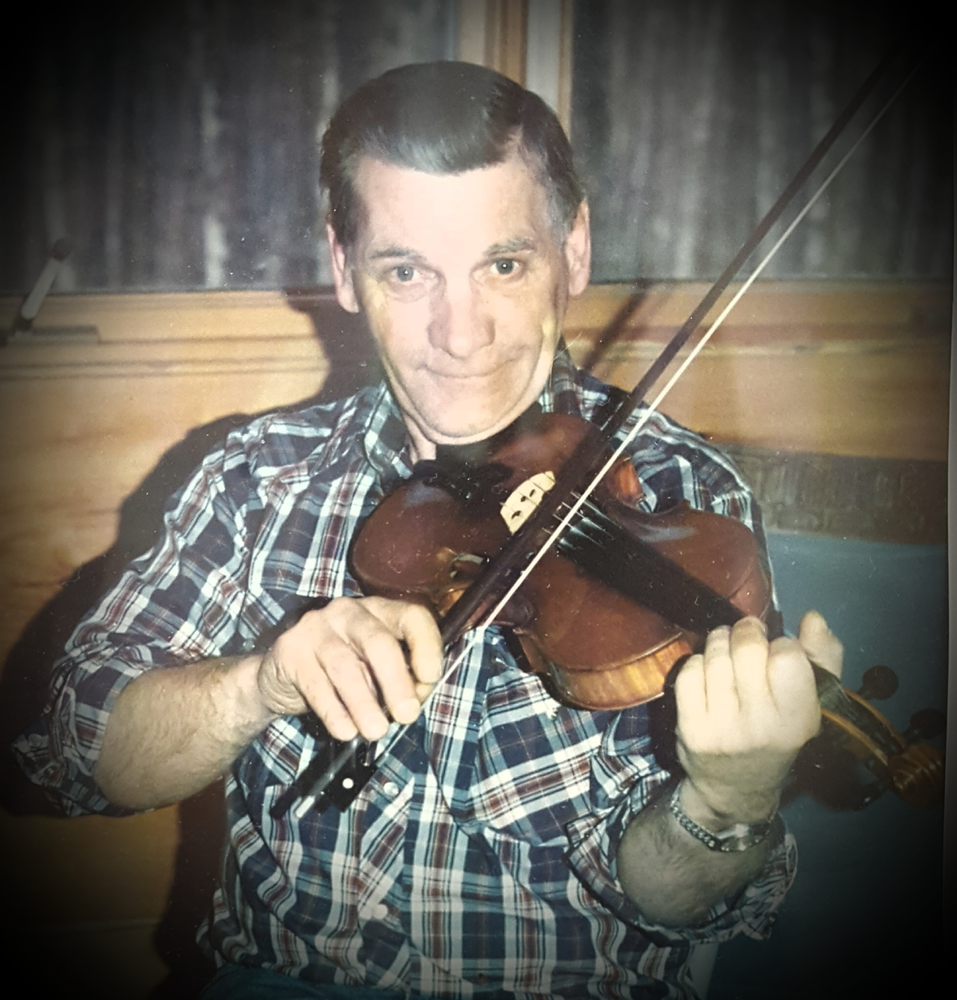 Please share a memory of Lloyd to include in a keepsake book for family and friends.
View Tribute Book

Young, Lloyd Mervin – 80 of Granville Ferry
It is with profound sadness that the family of Lloyd Mervin Young of Granville Ferry announce his passing on 1 September 2017 at the Annapolis Community Health Centre, Annapolis Royal.  Born on 15 September 1936 in Lyn, Ontario, he was the son of the late William and Ann (Gibson) Young.  Lloyd began his working career as a member of the Royal Canadian Army Service Corp and then finishing with many years of loyalty to Smith’s Transport, Ontario.  In his retirement, Lloyd contributed to and enjoyed many aspects of life.  He was known for his quirky sense of humor and his mantra was “Is everybody happy?”  He assisted many seniors doing odd jobs until he became ill.  Early in his retirement Lloyd was instrumental in forming a musical group, the “Old Thyme Trio” while playing his favorite instrument, the fiddle.  The group was always available at the Red Barn in West Springhill, Annapolis County for over fifteen years.  He continued his musical skills with the Granville Kitchen Party.  Lloyd was a member of the Granville Ferry United Baptist Church and served as trustee and a member of the Men’s Club for many years.  Lloyd is survived by his wife of twenty years, Jean (Butler-Gillis), his sons, Brian and Rick and daughter, Pamela, all of Ontario as well as several grandchildren and great grandchildren.  He is also survived by his stepchildren:  June (Gillis Weare), Marlene (Jefferson), Ted (Gillis), Heather (Gillis), Cathy (Wampler), Holly (Shaffner) and Hope (Gillis) and their families; as well as brother Ron, Ontario and sister Linda of New York State.  He was predeceased by his first wife, Edna (Brown) and second wife, Linda (Craig),son Billy, brother Doug and sisters Pat, Joan and Sharon.  The family wish to express thanks to Drs Buchholz and Burgess for their compassionate care and to the Annapolis Palliative Care Team, Continuing Care and Victorian Order of Nurses, Staff at Annapolis Community Health Centre.  As well, no words can express the gratitude felt towards devoted family and friends for their unending support. Cremation has taken place of the care and direction of Kaulbach Family Funeral Home, Annapolis Royal.   A funeral service will be held at the Granville Ferry United Baptist Church at 2:00 pm Monday September 4, Rev Dr. Elizabeth Legassie officiating.    In lieu of flowers, donations can be made to the Annapolis West Health Foundation (Palliative Care Fund), the Valley Regional Health Foundation Carey Me Fund, or a charity of your choice. Online condolences may be made at www.kaulbachfamilyfuneralhome.com

Share Your Memory of
Lloyd
Upload Your Memory View All Memories
Be the first to upload a memory!
Share A Memory