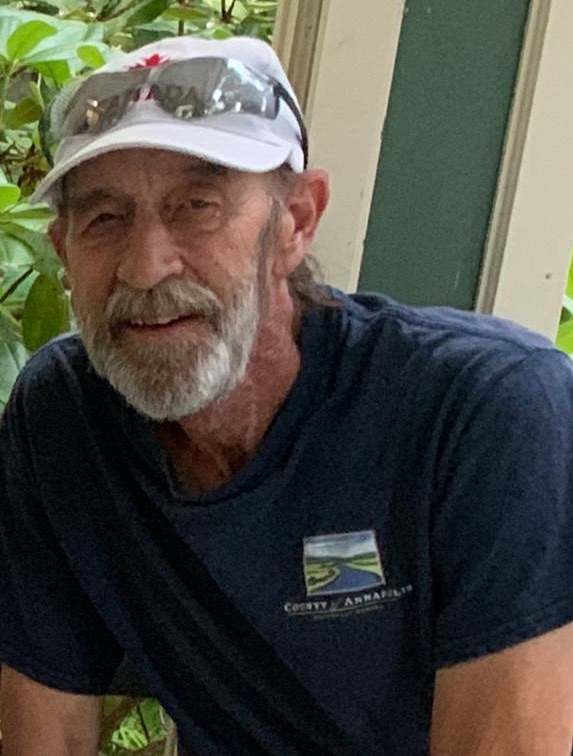 Please share a memory of Douglas to include in a keepsake book for family and friends.
View Tribute Book

It is with great sadness that we announce the passing of Douglas “Doug” Theriault of Perotte on December 23, 2022. Doug was a loving husband, father, uncle, grandfather, brother, and brother-in-law. He was a dedicated, well-known, and respected member of the County of Annapolis where he worked for more then 35 years. Doug enjoyed working with his hands, building things in his workshop, working on projects around the house or cottage. He married his best friend and partner Shelley in September of 1983, with whom he raised a family that he loved deeply. He adored his grand daughters and was proud of the man his son grew to be. He could always be depended on when his girls called for their Papa.

Doug was a peacemaker, he never participated in drama and was always generous to others. An avid Boston Bruins fan he was hardly ever seen without his signature hat. Doug loved being outdoors, in the woods, out at the cottage or out in the yard. He loved hunting and fishing though he hadn’t been out in years, he held licences for both bow and rifle.  He would give the shirt off his back without a second thought. Heck, he would even give his pants, socks, and shoes if someone needed them, that is just the type of guy he was, always caring and willing to help without thinking of himself. He was described once by one of his supervisors as being, “like a postman- rain, sleet, snow or wind never stop you”. Doug was a very smart and well-educated man who accumulated countless courses, certifications, and workshops during his time with the County, before a stroke put him off work in February of 2018. He started at the Graywood dump and worked his way up through the Foreman of Wastewater and Utility for the County of Annapolis. He was always dependable if anyone needed advice or didn’t know how to do something. He could fix almost anything put in front of him and was a talented carpenter.

The date has not been chosen for a Ceremony of Remembrance, but date and location will be announced when the family decides on plans. In lieu of flowers for the family if people would like to make a contribution, they may make a donation to the Heart and Stroke Foundation in honor of Doug.

Share Your Memory of
Douglas
Upload Your Memory View All Memories
Be the first to upload a memory!
Share A Memory