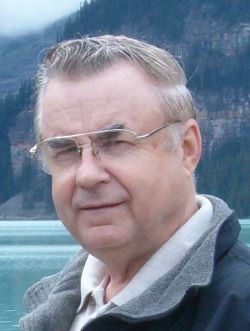 Please share a memory of Ronald to include in a keepsake book for family and friends.
View Tribute Book

Henshaw, Ronald Allan 79 of Port Royal, Annapolis Co. passed away in the loving arms of his wife of 58 years on December 21, 2022 in Yarmouth Regional Hospital, Yarmouth. Born in Annapolis Royal he was a son of the late Leonard and Gladys (McNeil) Henshaw. Ron was a loving husband, father and grandfather and his family was everything to him. Ron was an avid musician who loved to play guitar and keyboard. He and Lana spent many hours of enjoyment with friends at Jams and camping. In later years Ron and Lana took the role of guardians and raising of two young grandchildren, a role they both cherished. Ron spent many years working with the Boy Scout movement, was a past member of Annapolis Royal Fire Dept. and volunteered his time for many years at Habitation New Horizons as bookkeeper/treasurer. He was an adherent to Full Gospel Tabernacle in Lequille. Ron loved his Lord and was ready to meet him, but we will miss him so. Ron is survived by wife, Lana (Edwards) Hanshaw; children, Jeffrey (Yvonne), Blair (Ruth), Mitchell (Karen) and Matthew (Samantha); grandchildren, Haley, Bradley, Rachel, Andrew, Julius, Aerith and Evelyn; brother, Gordon; sisters, Sandra Roberts, and Linda (Richard) Fowler. Besides his parents, he was predeceased by brothers, John and Warren; grandsons, Nathan and Ethan in infancy. Cremation has taken place under the care and direction of the Kaulbach Family Funeral Home, Annapolis Royal. As per Ron’s wishes no service will be held at this time. A memorial service and committal will be held at a later date. Donations in Ron’s memory may be sent to a charity of one’s choice. On line condolences may be sent at: www.kaulbachfamilyfuneralhome.com

Share Your Memory of
Ronald
Upload Your Memory View All Memories
Be the first to upload a memory!
Share A Memory