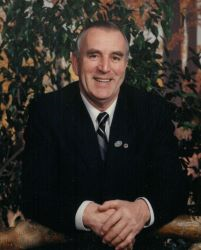 Please share a memory of Harold to include in a keepsake book for family and friends.
View Tribute Book

Harold Edward Beviss (Hardy) died peacefully at Mountain Lea Lodge on November 14th, 2022, at the age of 92. Hardy was the 7th of 9 children. Per the custom at the time Hardy was forced to leave his family and work as a farm hand from the age of 8 years old to help support them. This became his calling and farming remained a large part of his life until retirement in 2008.

Hardy was captivated by Marguerite Ann Spaull whom he married in 1950. They remained devoted to each other until her death in 2007. Shortly after their marriage, Hardy attended agricultural college where he graduated top of his class. After graduation Hardy became a farm manager until he purchased his own farm in England.

In 1968 the family immigrated to Canada, settling in Bridgetown, Nova Scotia. Hardy immediately became immersed in the local community. He joined numerous civic and community organizations, over the years, including: the Curling club, the Lions club, the recreation association, the school board and the Order of Good Cheer. Hardy served as a town councilor and also as the Mayor of Bridgetown, before moving on to assist with environmental studies for the Province of Nova Scotia.

Cremation has taken place along with a small family remembrance.

Donations in his name may be made to the Special Olympics of Annapolis County, VON, or a charity of your choice.  On line Condolences may be sent to www.kaulbachfamilyfuneralhome.com

Always a gentleman, Hardy will be remembered as such by those who knew him.

Share Your Memory of
Harold
Upload Your Memory View All Memories
Be the first to upload a memory!
Share A Memory