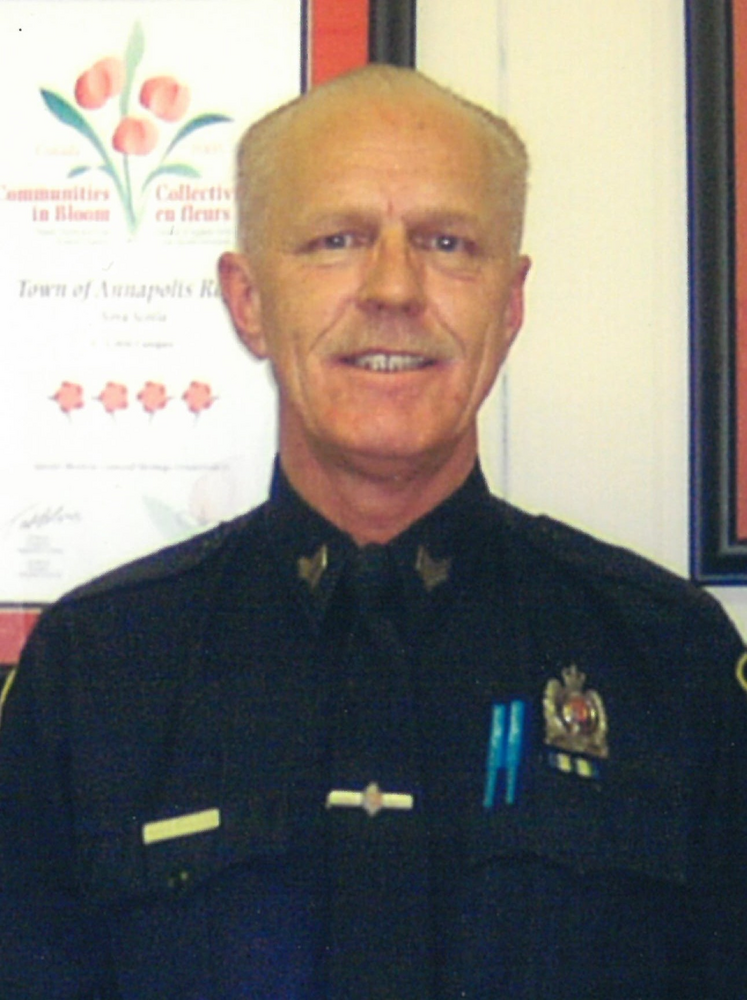 Please share a memory of Dale to include in a keepsake book for family and friends.
View Tribute Book

Miller, Dale Bamford, 69 of Lequille passed away October 17, 2022 at home. Born in Granville Ferry he was a son of the late Stephen and Alberta Louise (Bent) Miller. Dale served 32+ years as a Police Officer for the town of Annapolis Royal and many years as a volunteer firefighter with the Annapolis Royal Volunteer Fire Dept. retiring as a veteran. He was a Jack of All Trades. He enjoyed working in his rose gardens, fishing at the lake and motorcycle rides with his friends. He also enjoyed his remote controlled planes and boats and especially spending time with his grandchildren and family.

Dale is survived by his wife Shirley (Wade), daughters: Sherry Lynn (John Doyle) Miller of Truro, Stephanie Rose (Sunny White) Miller of Clementsvale; grandchildren: Presley Roselyn White and Quaid Anthony White; sisters: Sandra (Bobby (Dec.), of Granville Ferry, Marilyn ( John) Brittain of Granville Ferry, Carole Miller of Calgary, Sheila ( Dale) Longmire of Parkers Cove, Shirlee (Dale) Guy of Granville Ferry, Debbie (Dale Hudson) Miller of Halifax; brothers: Gerald (Frances (Dec.) of Chilliwack, BC, Douglas (Jean) of Nanimo, BC, Bryan of Ontario, Robert “Ricky” (Mary) of Ontario, Gary (Brenda) of Granville Ferry. He was predeceased by an infant son Anthony Dale, sister Joan in infancy and a brother Ronald in infancy. Cremation has taken place under the care and direction of the Kaulbach Family Funeral Home, Annapolis Royal. As per Dale’s wishes there will not be any service. Donations in his memory may be sent to the Annapolis Royal Historic Gardens, Annapolis Royal Volunteer Fire Dept. or to a charity of one’s choice.

Share Your Memory of
Dale
Upload Your Memory View All Memories
Be the first to upload a memory!
Share A Memory