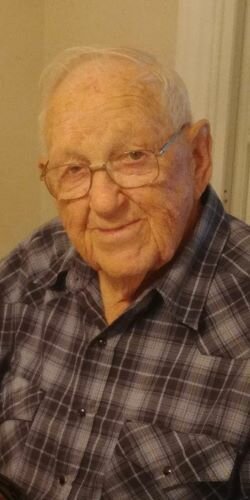 Please share a memory of Albert to include in a keepsake book for family and friends.
View Tribute Book

It is with sadness and much love that we announce the peaceful passing of Albert George Hewey of Bear River at the age of 93, on August 21, 2022 surrounded by family. Born September 24, 1928, in East Victory, he was the son of the late Andum and Mildred (Kaulback) Hewey.

Albert met the love of his life, Gloria, in Hamilton, Ontario and got married on September 14th, 1956. They resided there for 24 years before returning home to Nova Scotia. Albert had a long and successful career of over 30 years with the Ontario Provincial Police and Department of Highways. Following which, he enjoyed serving as a member of the kitchen staff at HMCS CFB Cornwallis. Albert took great pride in being a member of the Royal Canadian Legion, Branch 22 Bear River for the past 28 years. He was especially fond of taking care of his garden, hunting, fishing, and sitting by the fire watching westerns with his cats on his lap. He will be fondly remembered for his love of Christmas, bright lights, and dressing up as Santa for the community Christmas concert.

Share Your Memory of
Albert
Upload Your Memory View All Memories
Be the first to upload a memory!
Share A Memory