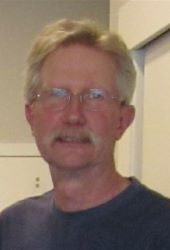 Please share a memory of Robert to include in a keepsake book for family and friends.
View Tribute Book
Robert “Bob” Klassen, 65, passed away on March 16, 2022, in Cornwallis Park, NS. He was the eldest son of Anne (Fehr) Klassen and the late John Klassen. As a child, he attended school in Burns Lake, Decker Lake and Oliver, BC. He later lived in Penticton, Princeton and Kamloops. While residing in Calgary, AB, he joined the Canadian Armed Forces and took his basic Training at CFRS Cornwallis, NS. His one regret in life was not completing a career in the military. Upon his honourable release, he moved to Williams Lake, BC, where he met his future wife, Odella (Butler). He rarely missed pre-shift coffee at Sir Bob’s Fish & Chips with his buddies for the 30 plus years he worked at Williams Lake Plywood. He and Odella enjoyed foreign travels and spent over 20 years touring on their Harley-Davidson to HOG rallies in Western Canada. Some of their fondest memories were riding through Big Sky Country to the Dakotas. While in “the Puddle”, he was a member of Williams Lake Sportsmen’s Association and when he retired to Cornwallis Park he immediately joined the Digby Gun Club and took up archery. He is survived by his wife Odella and fur companion, Daisy; siblings Arnold, Judy, Carol and Wendy and their respective families. Honouring Bob’s request, cremation has taken place. No visitation or funeral will be held. Arrangements have been entrusted to Kaulbach Family Funeral Home & Cremation Service, Annapolis Royal, NS. Donations in Bob’s memory may be made to the Canadian Mental Health Association. On line condolences may made at www.kaulbachfamilyfuneralhome.com
Share Your Memory of
Robert
Upload Your Memory View All Memories
Be the first to upload a memory!
Share A Memory