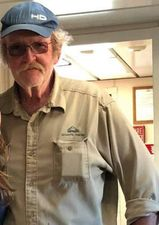 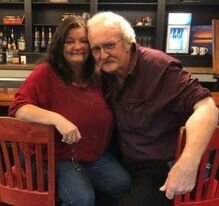 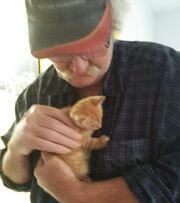 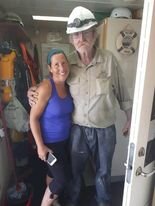 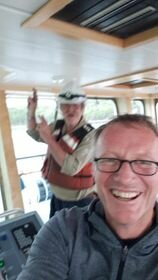 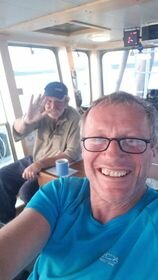 Please share a memory of John to include in a keepsake book for family and friends.
View Tribute Book
On October 30, 2021, at 7:20 pm our John tied off his Last Lines, gave a Final Farewell and drifted off to the calm waters of Heaven after a short battle with cancer. John was born in Southampton, England, June 11th 1952 to the late Mary Josephine Pitman of Halifax and the late John Patrick “Pat” Pentony of Ireland. John and his parents came to Halifax when John was 18 months old. He lived most of his life in Bridgewater until moving to Port Lorne in 2018. John was a dedicated Deckhand with Atlantic Towing and Harbour Development for the past 37 years and was still working in August. He would tell me that he had planned on Retiring at Christmas. "Big John" was also known to his Tugboat Family as "The Gentle Giant" and he loved his job. John is survived by the love of his life, Anne Marie, Port Lorne; sister, Debbie, Bridgewater; nephew, Kyle (Carla); brother, Rick (Gail), Garden Lots; son, John; granddaughters, Mollie, Ashley, Grace and their grandmother Kathleen, all of Calgary. John loved our pets but will be missed by his favorite feline girl “Miss Daisy”. Following John's wishes there will be no visitation or funeral service. A gathering will be held at the Port Lorne Fire Hall at a later date. Burial will be in Hillcrest Cemetery, Lunenburg. In lieu of flowers, John requested donations made in his memory may be sent to your local "Cat Rescue". John ~ I will keep you close to my heart with all the good memories and love; I will always look for signs that you are never far away because I believe. John's Famous Words, said many times, will never be forgotten – "You Gotta Be Tough To Be A Towboat Man"
Share Your Memory of
John
Upload Your Memory View All Memories
Be the first to upload a memory!
Share A Memory