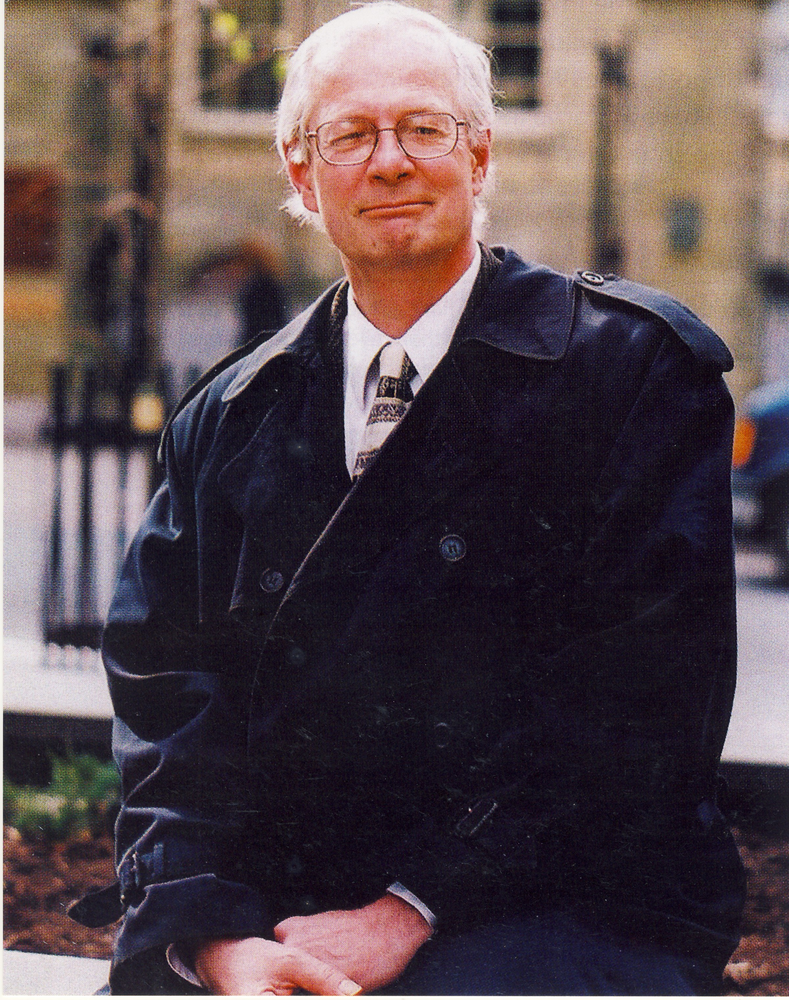 Please share a memory of John to include in a keepsake book for family and friends.
View Tribute Book
John R Cameron, QC, who died on September 28, 2021, at the age of 73, will be remembered as a credit to the legal profession and a long-standing support to the community of Bridgetown, NS, where he lived for over forty years. John was born in Halifax, Nova Scotia, to Lt Col John R Cameron and Margaret (Peggy) Haines (nee Saunders). He grew up at his family home ‘The Glen’ in Almonte Ontario before leaving for Dalhousie University at age 16. While still a Law School student, John was recruited to work on a Royal Commission to improve and enhance provincial government laws and policies. Soon after graduation, he was Director of Research at the Nova Scotia Department of Municipal Affairs. John moved to Bridgetown with his young family in 1980, where he set up a general law practice. From there he continued to assist many areas of local government in the development of significant public policy and legislation. He loved being part of the local community and volunteered for many years with the Bridgetown and Area Historical Society, often accompanied by his long-time partner, Anne Rice. John also acted as town solicitor, even stepping in to preside over most town business during its dissolution in 2011. ‘I am not running the town,’ he was quoted in national newspapers at the time, ‘…I’m the only one left who gets to sign cheques.’ John gave advice and support to many, believing strongly in an ethical obligation to provide pro bono services whenever he was able. A quiet, loyal, and soft-spoken man with a keen sense of sardonic humour, John was frequently described by friends and acquaintances as ‘the smartest guy I’ve ever met’. He was known for his great love of books and reading, and for his interest in trains, including an impressive model train set that eventually took up most of his attic. John valued his many friendships and was at heart a family man. He welcomed grandchildren Noah, Alice, Charlotte, Sam, and James, who were a constant source of joy in his life. He is predeceased by his daughter Judy and brothers Peter Haines, Bernard Cameron, and Robert Cameron, and survived by his daughters Fiona and Janet, his brothers Victor Haines, Ronald Cameron, Donald Cameron, Jim Cameron, David Cameron, and Thomas Cameron, his sisters MJ Whittaker and Elizabeth Turney, his nieces and nephews, his partner Anne Rice, her children Susan Witherly, Kate Witherly and Matthew Witherly, and his former wife Nettie Morine. A celebration of John’s life will be held at the Oman Gallery on Granville Street in Bridgetown on October 16 at 10:30 am. Covid-19 restrictions will apply. Mask and hand sanitizing required, as well as proof of vaccine and ID cards. For those unable to participate, a burial service will take place at a later date, in 2022. In lieu of flowers, donations can be made in his name to The Heart and Stroke Foundation, The Bridgetown and Area Library, the Nova Scotia SPCA, and The Arlington Forest Protection Society. John will be greatly missed. On line condolences may be sent at www.kaulbachfamilyfuneralhome.com
Share Your Memory of
John
Upload Your Memory View All Memories
Be the first to upload a memory!
Share A Memory