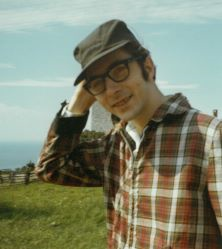 Dexter, Boyd William – 74, of Hampton, Annapolis County, passed away September 15, 2021, in Soldiers Memorial Hospital, Middleton after a brief bout with cancer. Born in Middleton, he was the son of the late William and Janetta (Hawksworth) Dexter. Boyd lived all his life on the family farm in Hampton, helping his parents work the farm; later became their caregiver in their later years. Boyd was an avid reader and enjoyed his daily walks when he was able. As Boyd aged his nephew Shawn became his caregiver and travelling companion. He is survived by his brother Cecil (Carol); three nephews; one niece; four great nephews and one great niece; numerous aunts, uncles and cousins and especially cousin Carl. He was predeceased by his parents and sister, Irene Sabean. No visitation by request. A funeral service will be held 2:00 PM Tuesday, September 21, 2021, in Hampton Cemetery, with Pastor Herb Anderson officiating. Donations in memory may be sent to Hampton Cemetery Fund or Canadian Cancer Society. On line condolences may be sent to www.kaulbachfamilyfuneralhome.com
Share Your Memory of
Boyd
Upload Your Memory View All Memories
Be the first to upload a memory!
Share A Memory