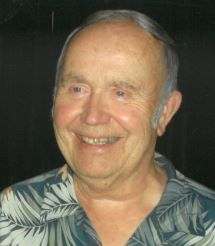 Please share a memory of William to include in a keepsake book for family and friends.
View Tribute Book
William Burbeck Fay aged 82 passed away at home in Round Hill April 25, 2021. Born March 25, 1939 in Halifax, he was the son of the late Margaret Louise Morash (Thurlow / Fay) and William Kendall Fay. He is survived by his wife of 57 years Fay Eleanor Fay (Messenger) and two sons William Kendall Fay and Dale Kevin Fay. He was predeceased by his baby brother Roland Kendall Fay, and sister Susan Margaret Fay. Bill was an avid country music fan who played guitar, lap steel, pedal steel and sang at various functions dating back to the 1950's. He was especially fond of Hank Snow and jammed with members of Hank's band at the Hank Snow Tribute in Liverpool. Bill enjoyed showing his classic car at car shows in the Annapolis Valley and was also a ballroom dancer. For many years he was a softball player and coach, Cub Scout leader and a member of the Annapolis Royal Ecumenical Choir. Bill attended Queen Elizabeth High School in Halifax where he made many friendships that lasted a lifetime. In 1963 he was married to Fay Eleanor Messenger at St. John's Church in Moschelle, Nova Scotia. His position with the Federal Government relocated them to Ottawa in the mid 1960's. Bill and family returned to Nova Scotia in 1979, where he retired in 1995 after a long career in the Civil Service. Bill developed an intestinal blockage that was found to be cancerous. He survived surgery to remove the tumor, but failed to regain the strength for chemotherapy. He succumbed to the cancer one month after his eighty second birthday. He was my father and my friend. He will be missed dearly. Cremation has taken place. No reception is planned. The ashes will be placed at St. John's Church Columbarium in Moschelle. In lieu of flowers, memorial donations may be made to the Canadian Cancer Society. Online condolences may be sent to the family by visiting www.kaulbachfamilyfuneralhome.com
Share Your Memory of
William
Upload Your Memory View All Memories
Be the first to upload a memory!
Share A Memory