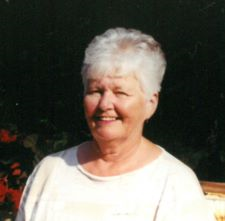 Bonnie Jean Smith (nee Cottrill) born July 19, 1940, quietly passed away on December 10, 2020, following a fast, aggressive, and unforgiving bout with lung cancer. Our thanks to those who compassionately attended her at Soldiers Memorial Hospital in Middleton, to those in the Valley Regional Hospital in Kentville, and those at Middleton Collaborative Practice. Bonnie is survived, after 57 years of marriage, by her husband Peter, her daughter Deborah (Don), her son Todd (Christine), her brothers Watson and John, and her magnificent grandchildren Peter, Victoria, David, and Danny. She is predeceased by her sister Mary. Bonnie was born and raised in Richmond Hill, Ontario. In 1962, she graduated from Waterloo Lutheran University (now Wilfred Laurier University) and began a short career as a high school teacher at the school from which she graduated. In early 1971, her family moved to St. John’s, Newfoundland, where she proudly continued to be a stay-at-home mother. As a stay-at-home mother, Bonnie served on the St. John’s YWCA, on the provincial Girl Guide Commission, Meals on Wheels, the Newfoundland Synchronized Swimming Association, and as a judge of that sport. She was a hockey Mom, a baseball Mom, a basketball Mom, and a general “everybody’s” Mom. In 2000, they retired to Bridgetown, Nova Scotia, where she opted to be committee-free, but took up rug hooking and bridge. In 2014, one of her hooked mats was selected by the Rug Hookers Guild of Nova Scotia as one of the best in Nova Scotia. Wow! Bonnie was a cottage person. From birth, she spent every summer at the family cottage in Port Elgin, Ontario, even while living in St. John’s. In 2014, she and Peter purchased a cottage on Rumsey Lake in Nova Scotia, where she was sometimes cited by that great cottage community as the “First Lady” of Rumsey Lake. A memorial service will be held at a later date. If you wish to make a donation on Bonnie’s behalf, please select your preference but, if doubt, the Bridgetown Gordon Providence United Church will work. Thank you. On line condolences may be made at www.kaulbachfamilyfuneralhome.com
Share Your Memory of
Bonnie
Upload Your Memory View All Memories
Be the first to upload a memory!
Share A Memory