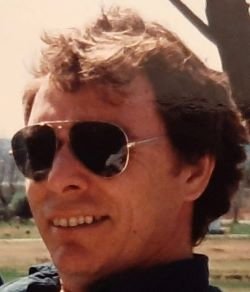 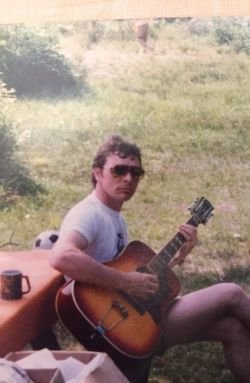 Robert Andrew Newton November 14, 1951 - August 21, 2020 It is with sorrowful hearts that the family of Robert (Rob) Andrew Newton announce his passing on August 21, 2020 at the age of 68. Rob passed away peacefully with his sister Jan (Joan) at his side in the Victoria General Hospital, Halifax. Rob is predeceased by his Parents, Cecil, and Mary (Docherty) Newton and Brothers, Daniel, Michael, and Issac Newton. Left to mourn are his children Troy, Chad, Trevor, Jennifer, Bradley, and Nicholas Newton; Granddaughter Kyla, and Great-granddaughter Payden; Siblings Peter (Charlene) , Catherine, Joan, Thomas (Caroline), Gladys, Edith (Eugene), sisters-in-law Edna (Daniel) and Arline (Michael) Newton and dozens of nieces, nephews as well as great nieces and nephews. Also left to mourn is his neighbour and dear friend Cathy Rasley. Rob was born in Trenton ON, although he travelled and lived in many provinces in Canada, he called Nova Scotia home. Rob’s sudden diagnosis with stage 4 cancer came as a massive shock to all, including him, just nineteen days before his passing. Rob will be remembered by many as full of life with a quick wit and a temper to match. He was also kind, loving, caring, non-judgemental and for most everything forgiving. Special qualities often overshadowed by years of chronic pain. He never lost his love of music and his love of guitars. Rob enjoyed many careers over the years; like many young people in the Annapolis Valley he worked at United Elastic/Britex and the Cornwallis Basic Training Base; his careers also included Civil Draftsman for the City of Halifax and Computer Programming. The Family extends their thanks to the Medical staff at the Dartmouth General and especially the Medical Staff at the Victoria General and the Palliative Care Teams who showed so much care and compassion for Rob in his remaining days. The Family also thanks Kaulbach Funeral Home, Bridgetown for taking care of his final wishes to be cremated. Rob’s final wishes were to be cremated, his ashes buried with his parents and siblings at Alphonsus Roman Catholic Church in Bridgetown and to have an Irish Wake styled celebration of life when his family are able to gather from across the country in the Annapolis Valley. Therefore, plans will be made to honour him at a later date. In lieu of flowers donations in Rob’s memory can be made to Hospice Halifax or the charity of one’s choice.
Share Your Memory of
Robert
Upload Your Memory View All Memories
Be the first to upload a memory!
Share A Memory