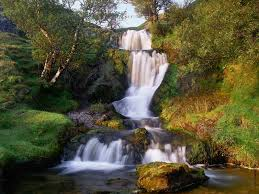 Webb, Robert (Rob) Charles passed away peacefully in Yarmouth Regional hospital on Friday July 24, 2020 at the age of 64 years. He was the son of the late Charles and Elsie (Gosling) Webb. Robert was a quiet, gentle person who in his younger years enjoyed fishing, cooking, gardening and sketching. He had a deep love for all animals but especially his cats. Robert is survived by his sister Christine (David) Brown of Upper Clements, NS, nieces Vicki (Murray) Arkinstall of Kars, ON and Tracey Harnish (Darren McGrath) of Upper Clements, NS, great niece and nephew Kaleigh and Cameron Arkinstall of Kars, ON. He was predeceased by both of his parents. Robert was born in Gloucestershire, England on December 11, 1955. He moved to Canada in 1973. England was always his roots but Canada was his home. For many years he had a successful painting and decorating business in Ottawa, until he was diagnosed with Muscular Dystrophy in 2009. It was then that he came to Nova Scotia to be with his family. He resided at The Cedar Apartments in Annapolis Royal where he had wonderful neighbours and made many good friends. Never having had any children of his own he spent many hours with his nieces Vicki and Tracey as they were growing up. They have wonderful memories of gardening and cooking with their Uncle Rob. He will be greatly missed. We would like to thank the VON nurses who helped care for Robert over the last few years. We would also like to thank the nurses and doctors on the 4East wing at the Yarmouth Regional Hospital who helped make his final days comfortable. Any donations in memory of Robert can be made to TLC Animal Shelter in Digby, the VON, or charity of your choice. On line condolences may be made by visiting www.kaulbachfamilyfuneralhome.com
To plant a tree in memory of Robert Webb, please visit Tribute Store
Services for Robert Webb
There are no events scheduled. You can still show your support by planting a tree in memory of Robert Webb.
Visit the Tribute Store
Share Your Memory of
Robert
Upload Your Memory View All Memories
Be the first to upload a memory!
Share A Memory
Plant a Tree