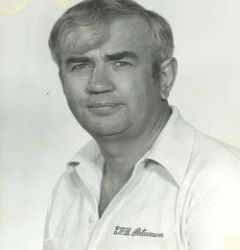 Norman Harry Fredericks. March 25, 1936 - April 24, 2020. It is with profound sadness that we announce the passing of Norman, age 84 of Cornwallis Park, Nova Scotia. Norman was born in Windsor, Nova Scotia to the late Verna May (Smith) and Harry Renfrew Fredericks. Norm served his country for thirty-six years, twenty-four with the Canadian Armed Forces. He was also an avid motorcyclist. Norm was predeceased by his parents and brothers Gordon and Kirks. He is survived by his brother Doug, his beloved wife of 64 years Joan (Robertson), his three sons Kim (Dianna), Kirby (Paula) and Darcy (Chantal) and his daughter Leslee (Scott). Norm leaves behind ten beautiful grandchildren: Darcy A; Levi; Zoe; Devin; Samantha; Brendan; Daniele; Dylan; Mathew and Liam, as well as two great grandchildren, Rylie and Morgan. Due to Covid-19, a celebration of Norm's life with be held at a later date. On line condolences may be made by visiting www.kaulbachfamilyfuneralhome.com
To plant a tree in memory of Norman Fredericks, please visit Tribute Store
Services for Norman Fredericks
There are no events scheduled. You can still show your support by planting a tree in memory of Norman Fredericks.
Visit the Tribute Store
Share Your Memory of
Norman
Upload Your Memory View All Memories
Be the first to upload a memory!
Share A Memory
Plant a Tree