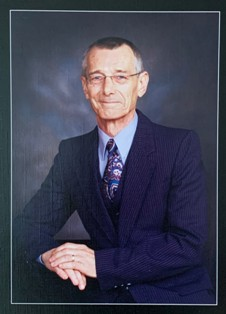 Please share a memory of W. Richard to include in a keepsake book for family and friends.
View Tribute Book
W. Richard Mailman (72). It is with heavy hearts that we announce the unexpected passing of our loyal husband, loved father, brother, grandfather and uncle. He passed away at home on Wednesday, Feb 05/20 after an unexplained illness of several months. He is predeceased by his mother, Louise, father, Walter and granddaughter Amanda Kearnes. He is survived by his loving wife of 47 years, Eloise, Round Hill, his sister Sandy Oikle (George), Lequille, daughter Nicole (Lee) Kearnes, Granville Center, son Ryan (Valerie) Mailman, Cranbrook, BC and grandchildren, Hayley, Sara, Dustin, Aiden and Clinton. Also included are a niece Erin, nephews Dustin, Morgan, Brandon and two grand nieces and one grand nephew. Richard grew up in Alain’s Creek, went to school at ARRA and joined the army as a teenager in the Black Watch Division. He also served, as Black Watch, in the Peace Keeping Division, for the United Nations, including a tour in Cyprus. Upon his return to Canada in 1967, he was actively involved in the International Tattoo for Canada’s 100th birthday. He married Eloise in 1972 and worked many years with his father in Walter’s Store. He was well liked in the business world and made many friends throughout his life. In later years he joined the Canadian Corps of Commissionaires. He worked for Parks Canada, for approximately 30 years, until he retired. Richard had a great love of nature and spent countless hours fishing and hunting or just reflecting in the places where he felt close to his God. He will be greatly missed by all those who respected and loved him. He was very proud of his children, grandchildren, niece and nephews; he would beam with joy upon all of their accomplishments and completed or ongoing goals. Visitation will take place Sunday, Feb 16/20 from 7:00 PM until 9:00 PM in the Kaulbach Family Funeral Home, Annapolis Royal, with prayers at 7pm. A funeral mass will be held at 11:00 AM, Monday February 17, 2020 at St. Louis Catholic Church, Annapolis Royal, officiated by Fr. Raymond Odumuko. There will be a reception in the Church Hall following the mass for those who wish to attend. In lieu of flowers, donations in memory may be made to the Cancer Society of Nova Scotia, to Animal Shelters or to a charity of your choice. A private family burial will take place at a later date. Online condolence may be made at www.kaulbachfamilyfuneralhome.com
Share Your Memory of
W. Richard
Upload Your Memory View All Memories
Be the first to upload a memory!
Share A Memory