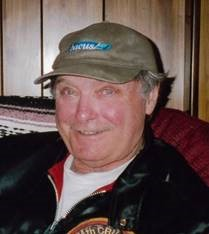 Todd, Eric Rodney – 82, of Bridgetown passed away September 19, 2019 in Mountain Lea Lodge. Born July 22, 1937, in West Dalhousie, he was the son of the late John and Mary (Gillis) Todd. Eric began his working career at Acadian Distilleries as a book keeper, before moving on and working at the Annapolis Valley School Board for many years until his retirement. He had a love for many things; motorcycles and his beloved 74th Crusaders Motorcycle club, the cottage - his special spot on the Annapolis River, and having a game of pool with friends. Eric is survived by his children, Scott of Kelowna, BC, Shelley (Shawn) McWilliams of Hammonds Plains, and Cynthia of Halifax; five grandchildren, Allyson, Jordan, Sarah, Aaron and Lauren; and several nieces and nephews. Besides his parents, he was predeceased by his six siblings, Claire, Vaughan, Paul, Betty, Joyce and Bob. Cremation has taken place. A Celebration of Eric’s Life will take place 2pm Sunday, September 22nd from the Kaulbach Family Funeral Home, Bridgetown with Marilyn Kaulbach officiating. Burial to follow in Riverside Cemetery, Bridgetown followed by a reception at the funeral home. The family would like to thank the Staff at Mountain Lea Lodge for the care Eric received during his time there. They would also like to express a special thank you to Cheryl, David, Alva and Amanda for their care and support. Donations in Eric’s memory may be sent to Mountain Lea Lodge Activities Department or the Palliative Care Unit. Online condolences may be made at www.kaulbachfamilyfuneralhome.com

To send flowers to the family or plant a tree in memory of Eric Todd, please visit Tribute Store
Sunday
22
September