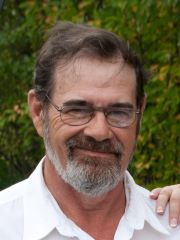 Please share a memory of Charles to include in a keepsake book for family and friends.
View Tribute Book
Cooke, Charles “Charlie / Chuck” Frederick, age 73, of Bridgetown passed away in the early hours of April 16, 2021 in Soldier Memorial Hospital, Middleton after a brief illness. Born on October 26, 1947 in New Glasgow, he was the eldest son of the late Charles & Florence (MacKay) Cooke, of Milton, Queens County. After a short stint in the Canadian Army, he started working as a heavy equipment operator. He worked with various construction companies, doing work on many highways and roads in Nova Scotia and New Brunswick, and retiring from Dexter’s Construction. Charlie loved the peace of the outdoors - fishing, canoeing and tending to his vegetable gardens. He also loved doing woodworking projects and tinkering in his workshop. Charlie is survived by his companion, Dolene; his daughters Tanya (Mike) Warren, Mount Uniacke; Teresa Lynch (Wayne Greenslade), Union Corner; stepchildren Reg & Michael; grandchildren Brandon & Emma Greenslade; siblings Linda Douthwaite, Dartmouth; Diane (Wayne) MacPherson, Wolfville; Heather Cooke, Milton; Eileen Cooke, Milton; John Cooke, Western Head; Paul (Karen) Cooke, Milton; many nieces & nephews. Cremation has taken place under the care of Kaulbach Family Funeral Home, Bridgetown. Charlie/Chuck wasn’t one to be fussed over, so as per his wishes there will be no visitation or funeral. Special thanks to the Doctors and nursing staff of the medical wing of Soldiers Memorial for taking care of Charlie in his final days. Donations in memory may be made to the Heart & Stoke Foundation of Canada or the Canadian Cancer Society.
Share Your Memory of
Charles
Upload Your Memory View All Memories
Be the first to upload a memory!
Share A Memory