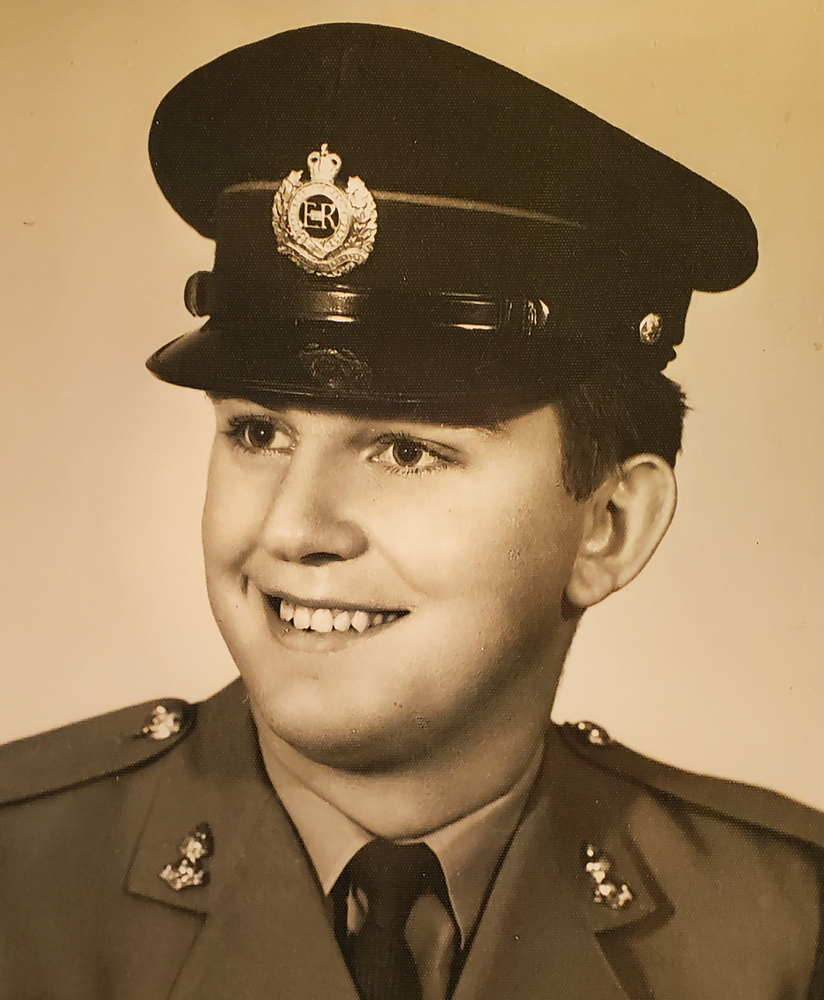 Donald Edward Apt July 3 1948 – Nov 7 2020 Apt, Donald Edward - 72 of Parker Mt Road, Annapolis Royal, passed away on Nov 7 2020 in the Annapolis Community Health Centre. Born in Annapolis Royal NS, he is the son of the late Robert Apt and the late Pauline Ellis both of Port Wade NS. It is with great sadness that we have to say goodbye to our amazing father, grandfather, great grandfather, brother, uncle, cousin and friend. Don was a Veteran of the Canadian Armed Forces for 26 years, serving his country all over the world. He was a faithful member of the Royal Canadian Legion Branch 21 for 27 years. Dons favorite past times were playing darts, crib, gardening and going fishing as much as he could. He was a diehard Montreal Canadians and the Toronto Blue Jays, never missing a game. Papa, as he was affectionately referred to by his grandkids, loved his family like no other and would do anything for anyone. He was predeceased by his wife Christine, father Robert and mother Pauline. He is survived by Sisters, Dorthey Ellis (Eugene Casey) of Granville Ferry, Susan Apt of Annapolis Royal; Brothers, Gary Apt (Sandra) of Berwick and Ralph Apt of Annapolis Royal; Daughters, Catherine (Shawn) Black of Pembroke Ontario and Angela (Bradley) Hamilton of Annapolis Royal; seven grandchildren, Grace and Jaxon of Annapolis Royal, Kayla, Keanna, Natalie, Brooklyn and Anastasia all of Pembroke Ontario; five great grandchildren, Aleena, Caiden, Aniyah-Rose, Domitri and Jeffery-Daniel. As well as many nieces and nephews. A Legion service in Donald’s memory will be held at a later date. Donations in memory may be made to Canada Cancer Society or the Royal Canadian Legion Branch 21. Online condolences may be made at www.kaulbachfamilyfuneralhome.com LEGION SERVICE A Legion Service will be held 6pm Tuesday, November 24, 2020, at the Royal Canadian Legion Port Royal Branch #21 This service will be for Family members, Branch #21 Legion Members, and well as invited guest. Covid - 19 Protocols in affect and space is Limited.
Share Your Memory of
Donald
Upload Your Memory View All Memories
Be the first to upload a memory!
Share A Memory