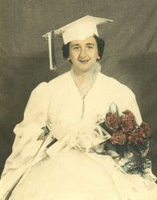 Robinson, Ann Elizabeth- 83 Parkers Cove, Annapolis County, passed away November 12, 2022 at Soldier Memorial Hospital, Middleton. She was a daughter of the late Rudolph and Leone (Condon) Longmire. Ann attended Saint Pat’s Convent in Digby as a young lady and worked at the Registry of Motor Vehicles in Halifax after her training. She then married Arlen and together they had three children. She was steadfast and a member of the Parkers Cove Baptist Church Choir and a member of the Church. Dedicated member of the Fundy Thread and Thimble Club. She was a homemaker and a stay at home mom. She was predeceased by her parents; husband, Arlen; brother, Dwight. She is survived by her daughter, Holly (Stephen) Orde; sons, Ashley (Raelene) Robinson and Anthony Robinson; grandchildren, Joshua, Evan, Samantha (Austin), Chasity (Tyler) Quinlan, Aaron (McKenzie), Natasha (Logan), Noah (Olivia), MacKenzie (Ben); Sister Deborah (Gary) Robinson; Sister in law, Christina Longmire; brother in law, Stewart (Dianne) Robinson. A graveside service for the family will be held at Parkers Cove Cemetery. Family Flowers only. Donations in memory may sent to Parkers Cove Baptist Church. Online condolences may be made at www.kaulbachfamilyfuneralhome.com