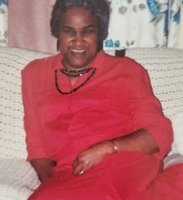 Wesley, Helen Evangeline (Nee Parker) – age 88 of Granville Ferry, NS was called home to be with our Lord on August 15, 2020. Helen was a long term resident of the Annapolis Royal Nursing Home. She was a caregiver for many years at the Granville Ferry Nursing Home, as well as a home maker. She was a Deacon’s daughter and served at several churches throughout the Annapolis Valley, primarily Inglewood Baptist Church in Bridgetown. Helen was also a long time member of the Inglewood Choir, and various women’s groups associated with that church. A very spiritual woman, who has nothing but strong family values and a heart of gold, she generously gave her time to the Ladies Auxiliary for many years in Annapolis Royal. Bingo and Darts were her two favorite pastime passions and enjoying the music of her Brother Raymond and his band at many Legion functions. She is predeceased by her husband, Frank Wesley; Brother, Raymond Parker; Father, William Almond Dudley Parker and Mother Annie Louise Parker. She is survived by her son, David Wesley, Barrie, Ontario; daughter, Patricia Armstrong (Edwin) of Willingboro, New Jersey; three grandchildren, Matthew and Danyelle of London, Ontario and Amy of Pittsburg, Pennsylvania; along with one great granddaughter, Kiara of London, Ontario. Also, nephews Maurice Parker of Annapolis Royal and Raymond Parker Junior of Saint John, NB; sister in-law, Edna Parker of Annapolis Royal. She will be sorely missed by all. Donations may be made to the Alzheimer’s Society of Nova Scotia, or the Annapolis Valley Nursing Home, who provided her with tender loving care for the past ten years. Cremation has taken place under the care and direction of the Kaulbach Family Funeral Home. There will be no services at this time. As sad as we are that mom is gone In truth we are the reason she was holding on We were selfish to want to keep her here longer When we knew she would never again be stronger It is with a heavy heart that we say today With God’s help we are happy she has found her way